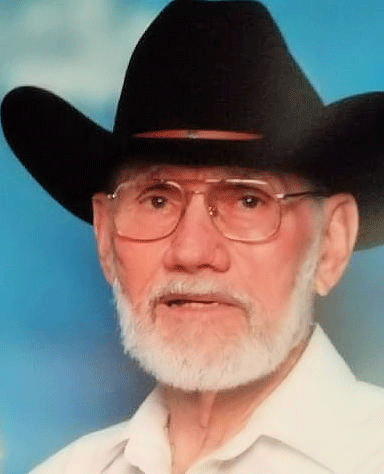 Celebration of Life Memorial Service at Hastings Baptist Church, Saturday, June 16 at 10:00 a.m. with Ronnie Bohot officiating under the direction of Hart-Wyatt Funeral Home in Walters.

Gene grew up in Westville, OK. At age 18 he moved to Glendale, CA, living with a cousin. There he met Mary Lou Ripley and they later married on February 14, 1956 at Glendale. They eventually made their way to Coolidge, AZ, where they lived until moving to Hastings, OK in 1972. Gene spent most of his life as a cross country trucker. He also worked at Pinal County Sheriff’s office, Arizona State Prison in Florence, was a dredge operator for TXI sand plant, and did farming and harvesting with Tiner Bohot and others through the years. He enjoyed fishing, mowing and his dogs.

Gene was preceded in death by his parents; his daughter, Debbi Timms; his son-in-law, Jerry Busby; 4 sisters, Inez, Lois, Frankie and Vera; and his brother, Billy.