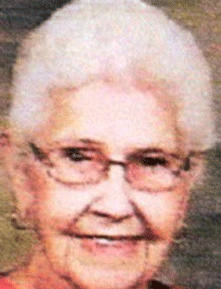 Jeri was raised in Ryan, Oklahoma, and moved to Brawley, California, where she married James Earl Anderson April 25, 1943. They lived in Porterville, California, where they raised two children – Patricia Jean and Jimmy Ray. They returned to Ryan after they retired. James passed away July 8, 2007.

In 2010, Jeri moved to Clarkston, Idaho to be close to family. She was affiliated with Emmanuel Baptist Church in Lewiston.