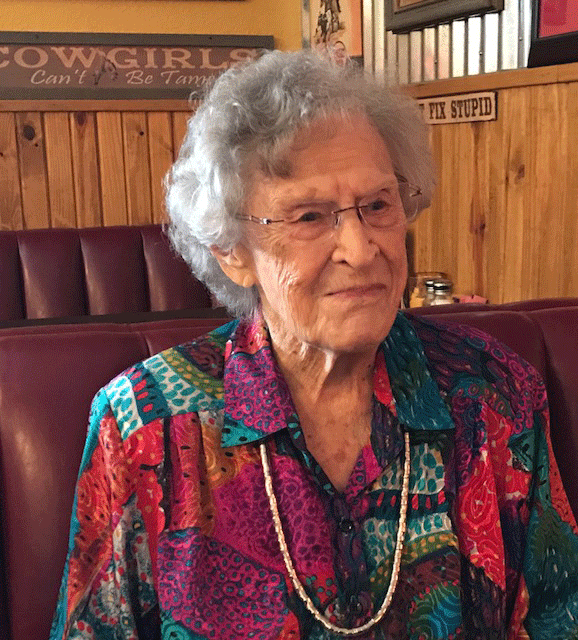 Mary Ruth (Gaines) Brown, 97, passed from this life April 15, 2018. She was born December 8, 1920, in Waurika, Oklahoma, to Laster and Abbie (McClellan) Gaines. She and George A. Brown were married in August of 1944 at Altus Air Force Base. She and her husband, George, were owners of the Brown Drug Store from 1951 to 1984. Mary Ruth later retired from the Jefferson County Election Board at the age of 85. She served her community as a member of the Waurika Chamber of Commerce for fifty-seven years. In 1973, she was elected as President of the Waurika Chamber of Commerce and was the first woman elected to that post in the state of Oklahoma.

She was preceded in death by her parents Laster and Abbie Gaines; her husband George A. Brown, on June 9, 1977; her brother Toby Gaines; and one granddaughter Sheila Brown.