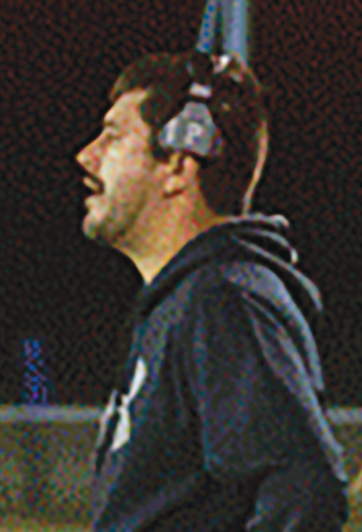 A couple of changes in coaching responsibilities were recently approved by the Waurika Board of Education.

Kassie Bohot, who has been a teacher at Waurika Elementary and the head coach of the powerlifting program will add fast-pitch softball to her responsibilities at the school.

Garret Bachand, the boys’ basketball coach for the past three seasons, will take on the girls’ basketball program as well for the coming year.

Hodges compiled a 27-52 record over the past three seasons of fast-pitch softball for the Lady Eagles. This came after a two-year period where the team only won a total of four games.

Bohot is excited about the added coaching responsibility and is looking forward to her first season after serving as the top assistant the past few seasons.

“This group of seniors if the first group I coached at Waurika,” said Bohot. “I know the girls and their abilities.”

Bohot noted the improvement of the girls she has helped with over the past few seasons.

“I am excited to see this come full circle,” Bohot added. “I can’t wait to have a good year.”

Bachand is also excited about the opportunity to take on the reins of the girls basketball program at Waurika.

He has been the Eagle roundball coach for the past three seasons and has a 33-36 record.

Bachand’s first two seasons produced a winning record, but this past season the squad struggled because of injuries.

However, the 2022 version of the Eagles made the first regional tournament appearance under Bachand, who is a graduate of Waurika High School.

Bachand will also be no stranger to the girls as he was the top assistant under Kalee Baxter during the 2022 campaign when the Lady Eagles fashioned a 20-7 record.

“I’m really excited to become the next head coach for these girls,” Bachand said. “I have talked to them and they are stoked and ready to work.”

The Lady Eagles have had strong seasons the past few years, but faltered in the post-season.

“Obviously these girls have done some really good things in the regular season,” Bachand noted.

“Most of those girls that are returning have some unfinished business from the last two years in the postseason,” Bachard added.

It will be a big goal for the veteran boys’ coach to push the girls to new heights particularly in the postseason.

“I can’t wait to get to work and see what we can do this next season,” Bachard said.

In addition to his basketball responsibilities, Bachand serves as an assistant to Joe Allen in both football and baseball.