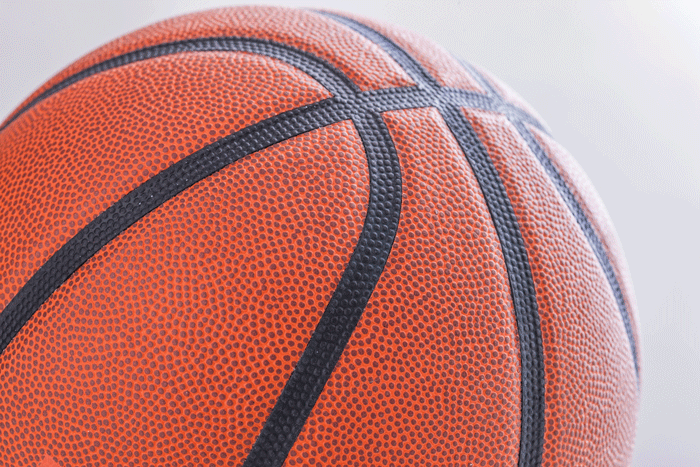 Playing in their second championship tournament game this season, the Ryan Cowgirls fell to Lone Grove, 58-34, at the Black and Gold Classic last Saturday night at Wilson.

The Cowboys picked up their second win of the season in the tourney, but dropped games to Lone Grove and Pauls Valley Junior Varsity to finish sixth in the tournament.

The Cowboys and Cowgirls close out the first semester part of the season with a road trip to Temple Friday night. Tipoff for the girls’ game will be 6:30 p.m.

The championship game for the Cowgirls was a tough one as Lone Grove rolled to a 28-2 lead before the Cowgirls managed to close out the quarter with four straight points to trail, 28-6.

The Lady Longhorns never looked back despite the Cowgirls’ attempt to rally.

The Cowgirls cut into the lead in the second quarter by outscoring the Lady Longhorns, 18-9, but still trailed at intermission, 37-24.

The Lady Longhorns ruined any hopes of a dramatic comeback by the Cowgirls with a 17-6 run in the third period to hold an insurmountable lead, 54-30, heading to the final quarter.

It was the hot outside shooting of the Lady Longhorns that propelled them to a big lead. Lone Grove connected on 10 three-point buckets in the contest.

Samantha Good and Lily York each connected for 14 points for the Cowgirls and Juliet Spangler chipped in six points, but they were the only three players to score for the Cowgirls.

In last Friday’s semifinal contest with Healdton the Cowgirls recorded a 39-32 victory over the Lady Bulldogs.

The two teams were tied at the end of one period, but the Cowgirls took charge in the second quarter with a 12-2 run and led at the half, 19-9.

The Lady Bulldogs cut into the lead in the third quarter by putting up 16 points and holding Ryan to only 11 points, but the Cowgirls clung to a 30-25 advantage heading to the final frame.

The Cowgirls sealed the game in the fourth quarter by hitting four of five free throws down the stretch to hold off the Lady Bulldogs.

Good finished with 17 points for the Cowgirls which included an 11 of 15 performance from the line. York added 11 tallies.

As a team the Cowgirls finished only 19 of 31 from the charity stripe.

In the first round of the tourney the Cowgirls edged past the host school, 39-30.

The Cowgirls led 9-4 after the first quarter and held a 21-9 advantage at the half thanks to three first-half treys by Good.

It was a cold shooting night from the field for both teams as Ryan finished only 12 of 55 in the game. Wilson was not much better as they connected on only nine of 36 field goal attempts.

The Cowboys hung tough with Class 3A Lone Grove in the first-round game last Thursday as they trailed by only 10 points with six minutes to play.

However, the Longhorns outscored the Cowboys, 20-6, in the final quarter to pull away for the 55-25 victory.

No Cowboys were able to hit double figures in scoring, but Skyler Wickware paced the Cowboys with eight points in the game.

In the victory over Temple in the consolation semifinals on Friday the Cowboys had to rally from a first-half deficit to secure their second win of the season.

Ryan led the Tigers, 7-5, after one period, but the Tigers dominated play in the second quarter and held a 25-15 advantage at the half.

The Cowboys buckled down on defense in the second half and the Tigers suffered from poor shooting as they managed only four points in each of the final two periods.

The Cowboys poured in 23 points in the second half to gain the victory.

Ryan connected on only three of 10 from the free throw line in the victory.

The Cowboys continued to suffer free-throw shooting woes in Saturday’s consolation finals as they converted only six of 21 attempts from the free throw line in the 53-38 loss.

The Panthers’ JV raced to a 14-7 lead after the first quarter and held off the Cowboys through the remainder of the game.

It was a 28-20 game at the half, but the Panthers outscored the Cowboys in the third quarter, 15-8, to gain a 43-28 advantage and the Cowboys could not pull any closer as both teams recorded 10 points in the final quarter.

Andrew Villerreal was the top scorer for the Cowboys with 16 points and Rodriguez added 10.

TOURNAMENT NOTES: Good was selected to the all-tournament team for her performance in the three games for the Cowgirls….Good averaged 16 points a game for the Cowgirls in the tourney…The Cowgirls avenged last year’s 52-41 defeat by Healdton in the semifinals with the victory last Friday night….This was the first time since 1991 that a Cowgirl basketball team has played in two tournament championship games in a season….Both teams have one more invitational tournament – the Bulldog Bash at Healdton – in January….The Cowboys’ first-year coach, Kenny Barnes, picked up his 200th career win in the win over Thackerville earlier this season…This was the third straight sixth-place finish by the Cowboys in this tournament and the fifth overall appearance for Ryan in this tournament…The Cowboys finished second in 2016 and third in 2014….The runner up finish by the Cowgirls in the tourney is the second time Ryan has dropped the championship game of the Black and Gold Classic….The Cowgirls also played for the tourney title in 2017, but lost to Healdton.