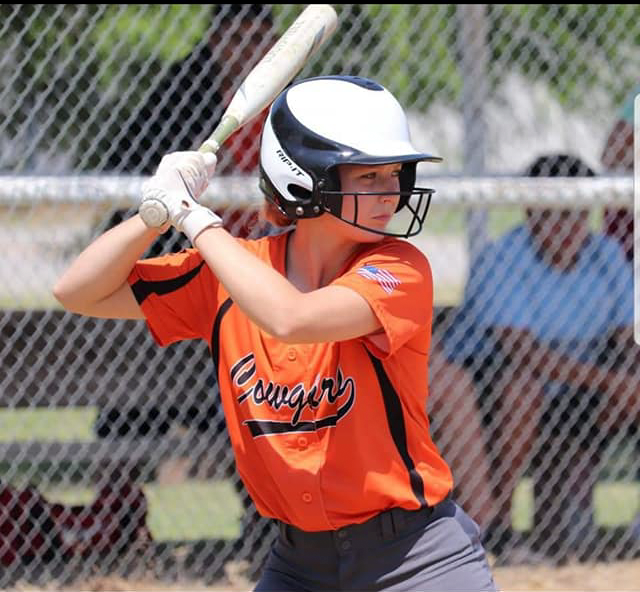 It has been a difficult first few weeks for the Ryan Cowgirl softball squad as the Cowgirls are still looking for their first win of the season.

In action Monday and Tuesday, the Cowgirls dropped a 10-6 decision to Big Pasture and a 12-0 verdict to Thackerville.

The Cowgirls are slated to travel to Temple today and then will host Waurika on Tuesday.

One week from today, Bray-Doyle and Temple will come to Larry Ninman Field for a three-way encounter.

On Tuesday, the Cowgirls could not get anything going at the plate against the Lady Wildcats.

Plus, defensive lapses allowed Thackerville to get a 4-0 lead in the first inning. The first four Lady Wildcats reached base on errors and three of them scored.

In the second inning a combination of three errors and two walks led to three more runs to increase the Thackerville lead to 7-0.

In the bottom of the third inning, the Lady Wildcats got five runs to end the game. Thackerville took advantage of two more errors and three walks and a hit batsman to pick up the run-rule win.

The Cowgirls did not have a hit in the game.

In Monday’s game at home, the Cowgirls got on top of the Lady Rangers with a single run in the bottom of the first inning.

Carter Combs reached base and then Libby Carter and Emily Harris walked. Maci Cooper got a two-out, RBI-single to give the Cowgirls a 1-0 advantage.

In the top of the second inning Big Pasture had its first four batters reach base and score giving the Lady Rangers a 4-1 lead.

Ryan cut the margin with another run in the bottom of the third inning.

Jasmine Villerreal reached base and scored for the Cowgirls and the Big Pasture lead was down to 4-2.

In the top of the fourth, Big Pasture increased the lead with three runs to go up, 7-2.

The Cowgirls were able to pick up another run in the bottom of the fifth inning.

Cooper reached base and eventually came around to score to bring the Cowgirls to within 7-3.

The Lady Rangers put the game away with three more runs in the top of the sixth inning to expand the lead to 10-3.

In the bottom of the seventh inning, the Cowgirls mounted a rally that came up a little short.

Harris, Villerreal and Cooper led off the inning by reaching base and all three scored, but the Cowgirls went down in order after that.

Villerreal and Cooper each scored two runs in the contest for the Cowgirls.