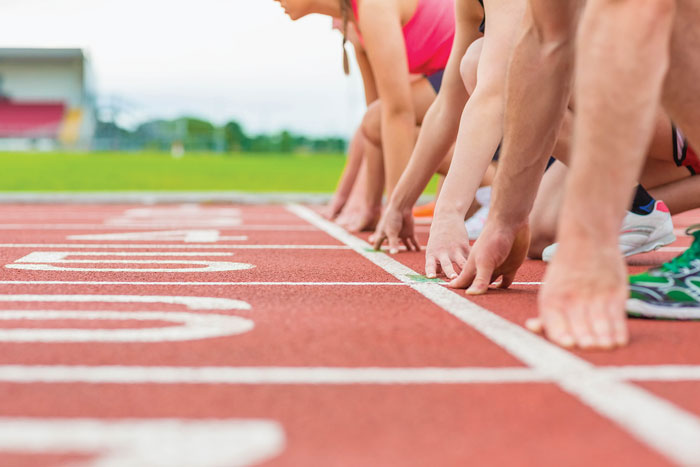 It is not surprising to know that Jefferson County has produced some of the best track athletes in state history.

Given Waurika’s successes in the 1930’s when it was dubbed the “Track Capitol of Oklahoma”, you would assume the schools in this south central Oklahoma county would be among the best in track.

The state track meet began to be held in 1944 – just after some of the years of domination by the Waurika track team.

And, Waurika was the first Jefferson County school to crown a state champion.

But, the highest finish by a team from Jefferson County belongs to Addington – a state runner up finish in 1946 at the state track meet held at the University of Oklahoma.

The next highest finish by teams from Jefferson County is fourth and that has been done five times by three different teams.

The Waurika boys’ team has three fourth place finishes – all but one of them was a tie for fourth.

Both the boys and girls teams from Ryan, Ringling and Waurika have scored in the state track meet.

Addington and Sugden both scored in two times each before those schools were closed. Mountain Home also scored in the 1947 state track meet.

Hastings, Irving, Union Valley, Claypool and Terral did not score in the history of those schools at the state meet.

A quick glance of the regional meets show that Terral scored a single point in the 1951 regional, while Claypool scored points in 1955.

Of course, Mountain Home, Sugden and Addington scored in regional meets in the early years of the state track meets.

Hastings, Irving, Union Valley and Claypool all closed in the 1950’s, while Terral’s high school consolidated with Ryan after the 1985 season.

Addington had a sixth-place finish in the 1945 meet, while Ringling’s girls and Ryan’s boys tied for sixth place in 1973 and 1976, respectively.

Waurika’s girls also had a sixth-place finish in 1992.

The best finish by Ryan’s girls came in the 1990 season when the Cowgirls finished in a tie for ninth place.

The best finish by the Lady Blue Devils was a tie for sixth place in the 1973 state meet – the second state meet ever held for high school girls.

The Waurika boys’ track squad has the most top ten finishes with 12.

The girls teams from Waurika have seven top 10 finishes since the first state meet was held in 1972.

The best finish in this century was recorded by the Waurika girls when they finished fourth at the state meet held at Putnam City High School. The Lady Eagles garnered 50 points in the meet.

There have been some droughts along the way by the boys and girls teams from Ryan, Ringling and Waurika where those teams did not score in the state meet.

The Lady Blue Devils went 23 years without scoring – from 1995 to 2018 – but again there were probably several seasons where they did not have a team.

Waurika’s boys went from 1952 to 1964 without an athlete placing in the state track meet, while the Waurika girls went from 1975 to 1984 without scoring.

NEXT WEEK: A look at some individual performances by Jefferson County athletes at the State Track Meet.