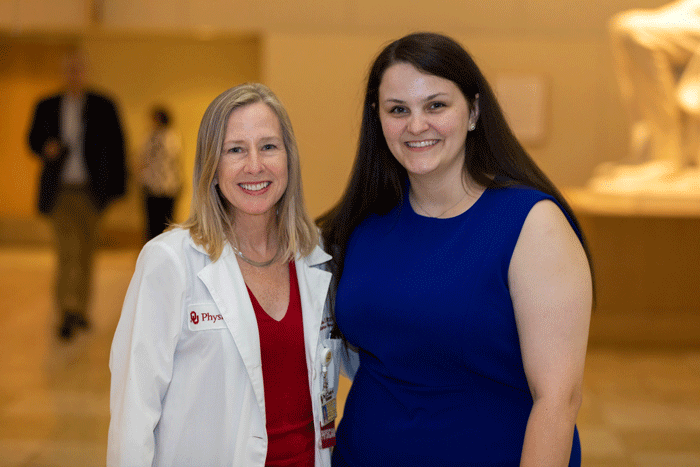 April 19, 1995 is a date forever etched in the minds of Oklahomans.

Like other life-altering events, those affected can remember exactly where they were and what they were doing when they heard the news.

That morning at 9:02 am a truck  that was parked in front of the Alfred P. Murrah building in downtown Oklahoma City exploded taking the lives of 168 innocent lives, including 19 children.

Miraculously, there was a sixth month old child who survived without suffering any injuries.

Madison Naylor was at the YMCA daycare located next to the Murrah building at the time of the incident.

Today, Naylor is a first year medical student at the University of Oklahoma.

In a news release from the university she is quoted as saying that even though she can’t remember the bombing, she also can’t remember a time when she didn’t know about it.

Naylor goes on to say that she was affected when she saw the children’s chairs at the bombing memorial.

That inspired her to want to do something good and positive with her life.

Naylor realizes that the bombing is “still part of people’s lives.”

Although she may not remember the bombing that changed her life forever, she has used it to fuel her desires to make the world a better place.