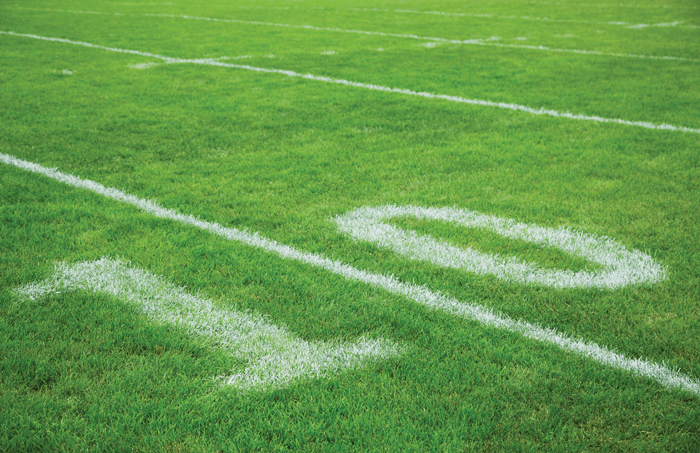 Two Ryan graduates and one Waurika graduate are set to compete in the annual Oklahoma Eight-Man Football Association’s all-star game in Miami which will feature nearly 80 of the top eight-man seniors from all parts of Oklahoma.

The contest kicks off Saturday at 6 p.m. at Northeastern Oklahoma A&M’s Red Robertson Field. Game tickets are $5 and can be purchased at the gate. Concessions and game day merchandise will be available for purchase.

This annual event was designed to recognize and honor the finest eight-man football players throughout Oklahoma. Around 3,000 fans from across Oklahoma are expected to attend the game.

Dawson Tomberlin and Tate Kimbro of Ryan along with Waurika’s Seth Cathey will be competing for the Gold team in the annual showcase of eight-man football talent in Oklahoma.

In addition two Ryan cheerleaders, Holland Carter and Laken DeBoard will be part of the cheerleader squads for the game.

Serving as a counselor for the week-long all-star game preparation is Ryan assistant coach Tony Tomberlin.

The other participants from District B-4 of which Ryan and Waurika competed this past season are district champ Central High’s T.J. Birdwell and Hayden Cooper.

This is the 16th year for the city of Miami to host the game. Prior to 2003, the game had been held in Alva since its inception in 1973. The first state champion for eight-man football was crowned in 1959.

Sponsors of the game include the City of Miami, the Miami Convention and Visitors Bureau, Northeastern Oklahoma A&M College and the Oklahoma Eight-Man Football Coaches Association (OEMFCA).

The players and coaches from around the state arrived in Miami on Tuesday and participated in a full schedule of activities that will lead up to Saturday’s game.

Those activities include a night at the night at the Historic Coleman Theatre, a cook-out in Riverview Park and swimming at the state’s largest municipal pool as well as an evening with hypnotist Joe Comet. The players will team up with the Ottawa County Boys & Girls Club on Friday for an afternoon of bowling at PlayLand Lanes.