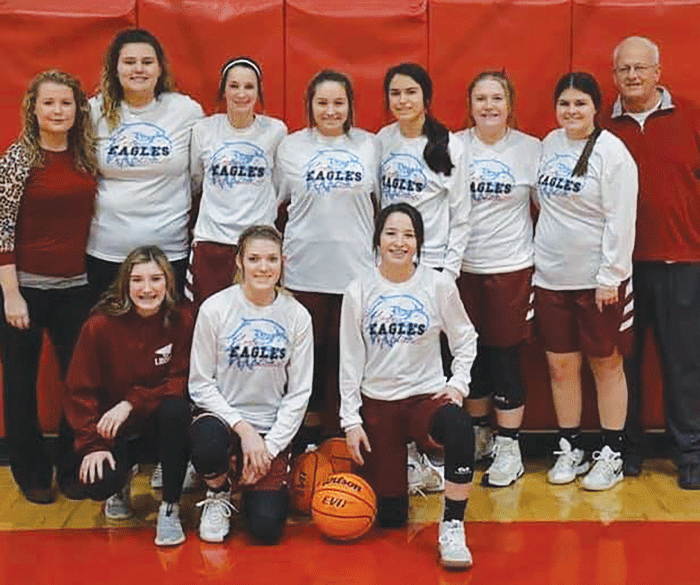 Tuesday night the Waurika basketball squads traveled to Healdton and came away with a split of the doubleheader.

The Lady Eagles picked up a tense, come-from-behind victory over the Lady Bulldogs, 45-44, while the Eagles fell to Healdton, 63-48.

The Waurika girls snapped a three-game slide with the victory and it also ended Healdton’s four-game winning streak after the Lady Bulldogs had claimed their own tournament title last weekend.

The Lady Eagles actually held a 14-10 advantage after the first quarter, but the Lady Bulldogs pulled even with a 9-5 advantage in the second quarter to put the score at 19-19.

Healdton tried to take charge of the game in the third quarter with a 12-6 scoring advantage that gave the Lady Bulldogs a 31-25 lead going to the final quarter.

In the final quarter the Lady Eagles lit up the scoreboard with 20 points while limiting Healdton to 13.

But the game came down to the final seconds.

Waurika was up four late in the contest and a couple of missed free throws and a Waurika turnover enabled Healdton to tie the game at 44-44.

Faith Roberson came up with a huge steal on an inbound play with two seconds left and she went to the line and connected on the first one and missed the second intentionally with only nine tenths of a second left in the game to give the Lady Eagles the win.

Five different Lady Eagles contributed to the rally in the fourth quarter.

In the boys’ contest, Healdton used an 11-0 run to open the game and went on to a 21-7 lead after the first quarter.

The Eagles never really recovered and Healdton continued to build on the big lead with the halftime deficit for Waurika at 32-15.

The Bulldogs continued the scoring barrage to begin the second half and led after the third quarter, 50-26.

The Eagles were able to trim the margin with a 22-13 advantage in the fourth quarter, but could not overcome such a large disadvantage.

Treyton Torrez led the Eagles in scoring with 23 points.

Waurika will travel to Walters tomorrow night (Friday) for a twinbill and then will return to action on Tuesday with home contests against Central High.