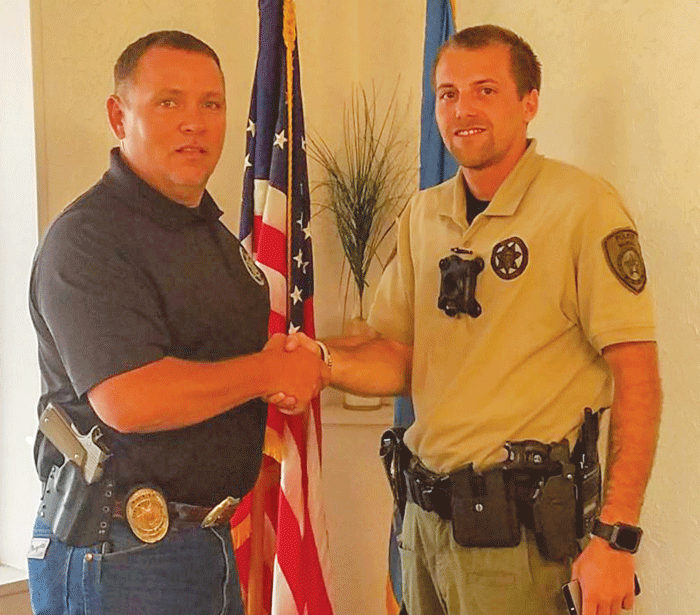 After almost nine years of serving the citizens of Waurika, Police Chief Gary Whittington has stepped down to pursue other opportunities.

He was surprised by friends, colleagues, and family with a special going away party this past Friday at Waurika City Hall.

Many members of the community were present to express their love and appreciation for his many years of faithful service.

He will be missed.

Whittington is being replaced by Justin Winslett, an officer who has been serving the city of Waurika as an officer full time since March of 2011.

Winslett grew up in Comanche and Rush Springs.

He became a reserve police officer for the city of Waurika in 2010.

He became a full time reserve officer in 2011 and then earned his full-time officer CLEET certification in 2012.

He has a wife named Bali and a daughter named  Kinzlee.

Winslett looks forward to the challenges and opportunities that await him.

He just wants to serve.