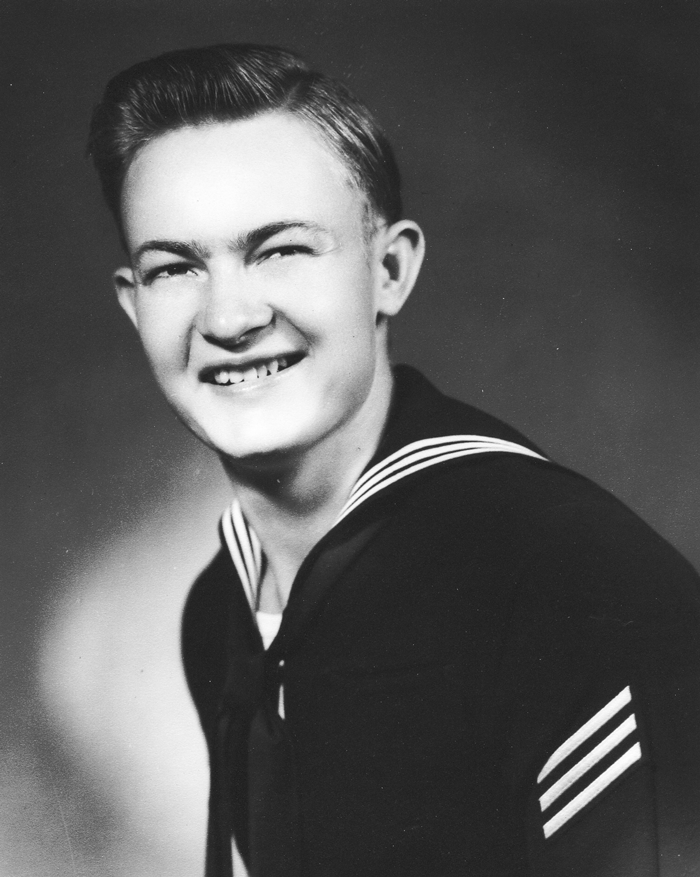 James Otis Peck, 87, of Norman, Oklahoma passed away Wednesday morning, September 12, 2018 at his home.  A celebration of his life will be held at the Duncan Cemetery located at 1910 Cypress Avenue in Duncan, Oklahoma at 2:00 in the afternoon on Saturday, September 29, 2018.  He will be buried with full military honors.  The celebration will continue at El Palacio Restaurant located at 1209 West Bois D’Arc in Duncan at 3:00 p.m.

James Otis was born November 21, 1930 in Hastings, Oklahoma to Benjamin Grant & Clara Ann (Kunkel)  Peck.  He was raised in Waurika, Oklahoma.  Shortly after turning 17 he joined the United States Navy in February of 1948.  He was honorably discharged in February of 1952.  While serving in the Navy he was presented with the China Service Medal, Korean Service Medal, and the Navy Occupation Medal.  He served on the USS Norris during his service and enjoyed talking about the large 80 pound shells that they loaded continuously for many hours at a time.

In February of 1952 James Otis was employed with Halliburton Company in Duncan, Oklahoma as a Machinist.  James Otis had a tremendously strong work ethic which he passed down to his family.  He was most proud of the proficiency of his work and received many accolades for his accuracy and speed with which he completed each and every task.  While at Halliburton he became part of the Production Control Department as a Methods Analyst.  He was extremely skilled at being the liaison between the Engineering Department and the Machinists in the Manufacturing Division.  James Otis received a certificate for completion of “Modern Techniques of Supervision” from the Institute of Management at Southern Methodist University in 1966.  During the 1970’s union strike James Otis and many others left their desk jobs and went back down to the floor and worked as Machinists for 12 and 16 hour shifts at a time to keep the Oil Field supplied with the parts that they needed for exploration and execution of oil drilling.  He retired from Halliburton in February of 1994.

In July of 1953 he married the love of his life Janice Jean Andrews.  They had three children; Jeanetta Ann, James Robert and Karen Louise.  They remained married for 64 years until her death in December of 2017.  He was a loving son, brother, husband, father, grandfather and great grandfather.  James Otis loved nothing more than having the contentment of his family together around him and then falling asleep in his chair.

James Otis loved bass fishing with his buddies for many years.  He also loved hunting with his older brothers around Waurika and Hastings.  He was a long standing member of the Stephens County Fish and Game Commission.

Arrangements have been entrusted to Vondel L. Smith & Son Mortuaries & Crematoriums.  Online condolences may be sent to www.vondelsmithmortuary.com.