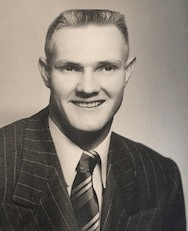 Thomas Jefferson Craft, of Corpus Christi TX passed away on September 22, 2018. He was born Dec.13, 1929 in Fleetwood Oklahoma. We have lost one of the wisest and kindest people that we’ve ever known.  He had quite a sense of humor, and was never above pulling someone’s leg to get them to smile and laugh.

Tom graduated from Terral High School and went on to serve in the military as a Sergeant in the Korean War.  After the war, he returned to his beloved Oklahoma to attend Oklahoma State University and graduated in 1957 with a degree in agriculture.

Tom met his wife, Iris while attending Oklahoma State, and from there the adventures began.  In their early years, they lived in Oklahoma, Nebraska and Pennsylvania.  Later, they settled in Arizona and stayed there until retirement. While in Arizona, Tom worked for the Bureau of Land Management, and mapped almost the entire state for the government.

He loved to garden, and could make anything grow, even with the most challenging of soil.  His Jalapeno Peppers were always something to contend with, not to mention the beautiful tomatoes that he would grow year round.   They finally moved to Bowie TX, where they spent many happy years together in retirement.

Tom loved to golf in later years, and could outshoot his daughters and son on the course, which always gave them a big laugh.  He spent his spare time making jelly and jam out of the many fruits that were grown in his backyard. His peach and strawberry jam was something everyone looked forward to.  He was a 3rd Degree Mason with the Bowie Mason lodge and active in the Methodist Church.

Tom was a devoted husband, father, brother, and grandfather and will be sadly missed by her family and friends.

He is preceded in death by his parents, sisters, brothers and his beloved wife Iris. He is survived by his three children; daughters Susan (John) Giesing, Amy Craft and son, Jeff Craft all of Corpus Christi TX, sister Helen Gunter of Terral Ok.  5 grandchildren Felicia Lasso, Alexandra Lasso, Jeremy Lasso, Declan Craft, Augustin Craft, and 2 great grandchildren, Bentley Lasso, Arisa Lasso, along with his many nieces, nephews, cousins and friends.

Condolences may be sent to terralfh@pldi.net.