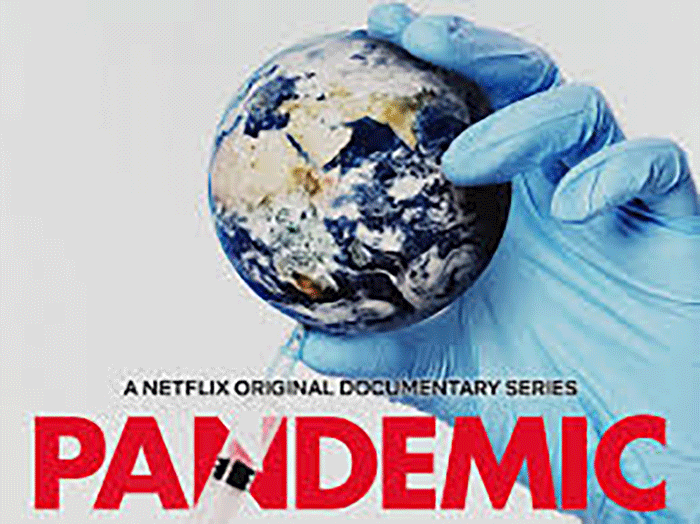 Since January of this year Netflix has featured a series titled Pandemic. For several weeks it was on their top 10 list. Five of Pandemic’s six episodes heavily feature the Jefferson County Hospital.

The hospital was chosen to be included in the series after a visit from Ryan McGarry, M.D., one of the main producers of the series. He was introduced to JCH by Mendy Spohn MPH, Regional Director of the County Health Departments. McGarry was impressed the hospital was so efficient in preparedness for dealing with a flu outbreak with limited resources.

“We have practiced for flu emergencies with our staff,” said Gillespie.

Although most of the focus is on the hospital there are scenes from around Waurika, including some of the County Livestock Show.

When McGarry, a board certified practicing E.R. physician in N.Y. City, came for his initial visit he and Goracke just seemed to click, which is why she is a focal point within the series.

However, Gillespie states, “Our team here does a phenomenal job and I feel that was incorporated in the series as well.”

Former physician Dr. Rod Linzman is mentioned in one episode. Gillespie commented, “I’m really thankful they mentioned Dr. Linzman and what he did for this hospital and the community for many years.”

Gillespie went on to say that another bright spot to come from the series was Tyler Plant’s new career. “I think it is neat a young man from this community is now getting a chance to live out his dream.” Plant was hired as a production assistant during the series. He is now employed by a production company out of Los Angeles.

Overall, Gillespie believes the hospital was well represented. He says he is privileged to be associated with the team at JCH. He likes to say, “It’s a hometown hospital taking care of hometown folks.”

What you need to know about Jefferson County Hospital