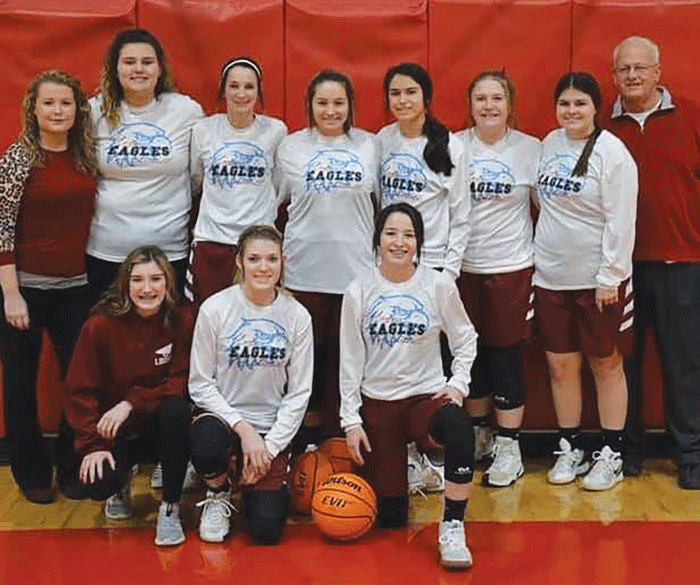 The story of high school sports at Waurika High School for the 2019-2020 school year will be forever incomplete.

The nationwide pandemic caused by the COVID-19 virus forced schools across Oklahoma to close thus ending the spring sports at Waurika.

Despite the disappointing ending to the sports slate for the Eagles and Lady Eagles, the year produced some memorable moments and the accomplishments of the teams for the school year should be noted.

The Lady Eagles’ fast-pitch softball team under the direction of first-year coach Everette Hodges was the first team to complete its season.

The Lady Eagles finished a disappointing 5-16 season and while the wins were few the team won more games than the previous two seasons combined.

The Lady Eagles softball squad did not have a senior on the team and the future looks bright.

The cross country season was a successful one for Waurika.

The Eagle squad finished ninth in the regional cross country meet and had two other top-five finishes in meets earlier in the year including the team title at the Healdton Invitational.

Kevin Garcia was the top runner for the Eagle harriers that were coached by Joe Masoner.

The Lady Eagle runners turned in an outstanding season. The squad finished fifth in the Class 2A State Cross Country Meet and were third in the regional meet hosted by Waurika.

Lexie Streeter and Tallin Mora were the top competitors for Coach Masoner’s squad and Asia Smith joined the squad late in the year and was the top Waurika runner at the regional and state meets.

The Eagles ended the season with a tough 38-14 loss to Pioneer-Pleasant Vale in the second round of the Class B playoffs.

Waurika had advanced to the second round with a resounding 54-6 victory over Cyril in a contest that ended at halftime.

Only seven teams in school history have posted a better record than the 2019 squad.

Kevin Garcia, Brandon Forsyth, Payton Fletcher and Hunter Wesberry were also honored by being named to the all-district team.

Basketball took the limelight for the winter months with both the Lady Eagles and Eagles finishing the year with winning seasons.

For the Eagles the 13-11 mark was the first winning season since 2020 in coach Garret Bachand’s first year at the helm of the Eagle roundballers.

The Eagles were eliminated in the first round of the district tournament at Alex.

Treyton Torrez, a freshman, was the top scorer for the Eagles on the hardwood and he was named all-conference for both the Southern Eight and Oil Field conferences.

Asia Smith was named the defensive player of the year for the Southern Eight Conference and she led the Lady Eagles in scoring.

The Lady Eagles had no seniors on the squad and with a lot of experience and talent returning next year the expectations will be high.

The spring sports of baseball, boys and girls track and golf were unable to finish the season.

Coach Joe Allen was in his second year at the helm of the Eagle baseball squad and the team had managed a 2-2 mark in the early part of the scheduled.

The Eagles had games with Geronimo and a doubleheader with Frederick postponed before the season was abruptly halted.

The Eagles had won the first two games of the year and dropped the final two games played and almost half the squad was made up of seniors.

It was believed the Eagles will be in the running for the district title in 2020, but district pairings were still a month away from being announced when the season ended.

The track season had featured only one meet – the Velma-Alma Invitational.

Tallin Mora won the long jump at the V-A meet.

The golf squad of coach Kalee Baxter had not begun competition before the interruption of the season.