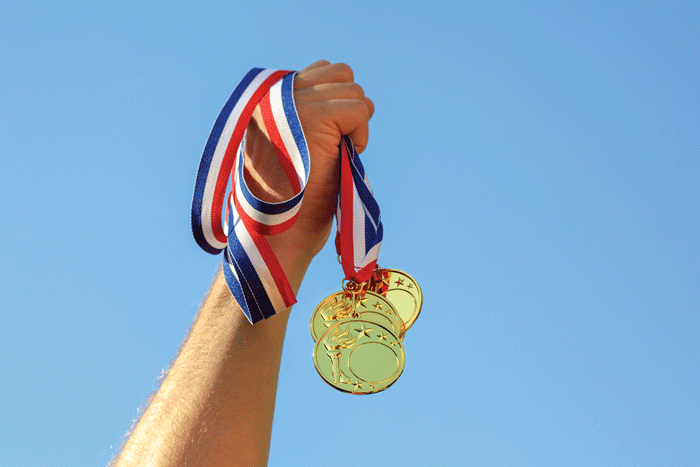 Traditionally in small towns across Oklahoma and most of the nation, high school sports are a point of pride.

For instance, in most small towns in Texas, you will find a sign along the main highway through town that directs you to the high school football stadium.

The reasons for high school students choosing to play sports will vary.

Some students love the cheer of the crowds, the talk in the locker room, the shared experiences of teammates, the ability to meet new people (usually in larger schools) and being able to represent their school or community.

On the negative side, some students are participating in sports because of pressure from parents or from their friends.

Others are simply trying to earn a college scholarship, although the reality of that happening is relatively slim if you look at statistics.

Many high school students have been playing their respective sports since grade school.

Some sports such as wrestling, gymnastics, swimming, baseball and basketball can start competitively as young as five or six years old.

Other sports such as softball, football, track and field, lacrosse (primarily a sport in the upper Midwest and northeast) and cross country come along a little later.

But, one trend that seems to be happening in schools both large in small is the specialization of sports. In other words more athletes are choosing to compete in only one sport and maybe two.

Most of the time the choice to focus on one sport is fueled that hope of furthering the athletic career beyond high school.

That is a somewhat unrealistic dream as only about two percent of high school athletes make it to the next level according to a study in 2012.

In 2017, the percentage increased slightly, but it is still not very high. The percentage of participants going on to compete in any level of college sports from the sports offered at Ryan and Waurika, for instance, would be approximately five percent. The percentage is the same for both boys and girls.

Whether the choice of playing only one sport is driven by the individual coaches or a parent, it is having impact at all sizes of schools.

Typically in smaller schools like Ryan and Waurika, the participation of every student athlete in most sports is necessary for the school to be competitive in the sports offered.

There are simply not an abundance of bodies in the local schools for that trend not to impact sports at Ryan and Waurika and schools like them across the state and nation.

But, it has a great impact on larger schools as well. It is just different.

A student-athlete that chooses to focus on one sport is potentially an outstanding athlete in other sports as well. So, at the larger schools, the impact of this is felt in the quality of the product placed on the field, court or diamond by the school.

Whatever drives student-athletes to compete in high school sports will hopefully motivate them to compete in multiple sports so that schools like Ryan and Waurika can remain competitive in all sports.

Next Week: Reasons for Lack of Participation in Sports