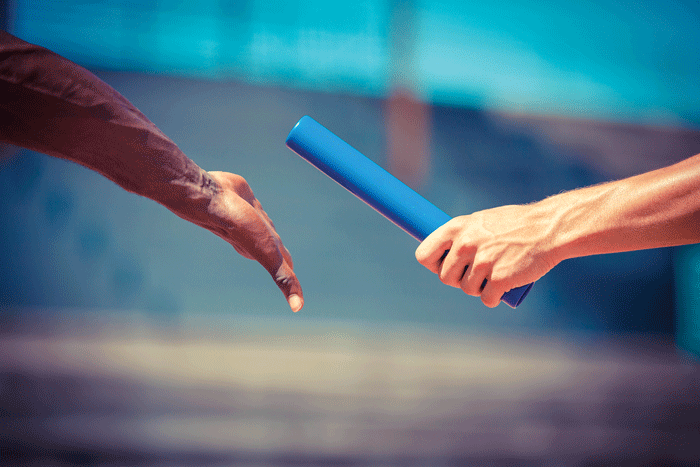 Girls track at Ryan High School does not have near the history because girls track was much slower to be developed in Oklahoma and at the local level.

The Cowgirls would put together a team and compete in the Red River Rebel Conference track meet in the 1960’s, but there were few, if any, meets to enter in Oklahoma during that time. The 1966 group that competed in the conference meet won the team title.

A regional and state track meet for girls in Oklahoma was not held until 1972 and it was not until 1975 that the Cowgirls competed in a regional meet.

However, through the years the Cowgirls have had some outstanding individuals hit the oval and so the top ten competitors have been selected for the sport. It is much easier pouring through 45 years of results than trying to go through over 100 years of the sport on the boys’ side.

Making it a little easier was the fact the Cowgirls still did not field a team every year. There has been a total of 14 years since 1975 the Cowgirls did not send competitors to the regional meet.

The Cowgirls have not been able to win an individual title in any event at the state meet despite coming close a couple of times through the years. It has become increasingly difficult to be able to place at a state track meet with many more schools competing in girls’ track.

Nearly every small-school meet today has a boys’ and girls’ division. In the early days of the girls track schools attended different meets designated for each of the genders.

To help produce some more conversation, however, the top 10 girls are listed below:

Conkling was the first regional champion in school history. She claimed the mile run title in the 1982 regional meet. In 1983, Conkling won the 1,600 meters and the 3,200 meters at the regional competition. Those are the only two years results are available. The regional and state meets are the only results available for those two seasons for Conkling. Like Martin, Conkling could never quite win the gold medal in the state meet. Her best finish was in 1983 when she finished second in the 3,200 meters. Her time of 13:03.19 is the school record in the event. She also holds the school record for the 1,600 meters and in 1983 she earned the bronze medal at the state track meet. She also qualified for state in 1983 in the 800 meters and finished sixth in the event making her the only state placer in three events in school history.

Lewis made her mark in the sprints and helping the 400 meter and 800 meter relay teams for the Cowgirls. In 2012, she earned third place in the state track meet after finishing fourth in the event at regional. She qualified as an additional qualifier and ended up placing in the top three at state. Her best regional finish came in 2014 when she was the runner up in the 100 meters. She also placed in the high jump at regional twice including 2012 when she finished second because of more misses. Lewis helped the 400 meter relay team to a pair of third-place finishes and one fourth-place finish at regional. She also was part of the 800-meter relay team that finished fourth in 2014 and 2012. She holds the school record in the high jump and has three of the top four performances. She also has the five best times in the 100 meters of any Cowgirl competitor.

Roark was a hurdler for the Cowgirls and her best performance came at the 1995 regional meet when she finished third in the 300 meter hurdles. She was also the conference champion in the 100 meter hurdles in the 1996 Southern Eight meet. She holds the school record in both events. Her school record time of 20.41 earned her a third place finish in the 1997 Southern Eight meet. In the 1996 regional, Roark was fourth in the 300 meters with a school record time of 60.98.

Spangler is one of the final four on this list and she has a chance to move up on the list as she just completed her junior season for the Cowgirls. This past season she was the regional runner up in the 1,600 meters and the 3,200 meters. She was also the regional runner up in the 2017 regional meet in both events. Spangler helped the 3,200 meter relay team in 2019 to an eighth place finish in the state track meet – the first year that eight places earned team points. It was the first relay team to place in a state meet in school history. Spangler holds the third best time in school history in the 1,600 meters which was recorded at this season’s regional meet. Spangler was part of the 1,600 meter relay team that holds the school record set in the 2019 state meet – even though the team did not place. Spangler is also a standout on the Cowgirl cross country team.

Carter gets the nod for this spot because of her accomplishments not only in the 1,600 and 3,200 meter relays but also because of her individual performances in the 800 meters. She placed second in the 800 meters at the 2019 regional and also had a third place finish in the 2018 regional competition. She medals in most meets during the 2019 season in the 800 meters in additional to her spot on the relay teams that excelled throughout the 2919 season. Carter was also a standout for the cross country squad.

Harmon also has not completed her career at Ryan as she is set to enter her senior year this fall. Harmon is part of the 1,600 and 3,200 meter relay teams for the Cowgirls that have made their mark at meets throughout the south central part of the state – including the 3,200 meter team that placed at the 2019 state meet. Harmon runs the first leg of the two relay races and has helped set the momentum for these two relay teams to finish with a medal in most of the meets they competed in during the 2019 campaign.

You could make an argument that Spangler, Harmon, York and Carter should all get an equal spot on this list. York and Harmon will return to the Cowgirl track squad in 2020 and will look to assist the 1,600 meter and 3,200 meter relay teams of which they have been a part of  the past three seasons. Harmon has also competed in the 800 meters and will be trying to qualify for state in her final year for the Cowgirls.

Honorable Mention: Kristi Kilpatrick (third in the 1990 regional in the 1,600 meters); Charlotte Denning (1966 Red River Rebel Conference champion I the high jump with the third best mark in school history); Gail Shoffner (the first state qualifier for the Cowgirls in a field event with her 1975 performance in the high jump); Tobi Gunter (owns two of the four top marks in the discus and was fifth in the state track meet in 1990).