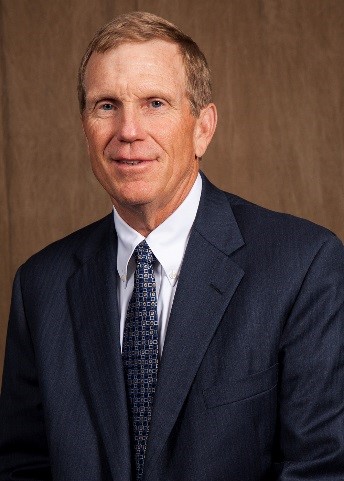 District 1 encompasses all of Tulsa, Wagoner and Washington counties, as well as small portions of Creek and Rogers counties in northeastern Oklahoma. Potter’s term will expire Dec. 31, 2024.

“I have learned a great deal during my tenure serving on the Aeronautics Commission,” said Potter. “Due to a statewide study in 2017, we now know that aviation and aerospace is the second largest industry in our state with a $44 billion annual economic impact.  Because of these new findings, Oklahoma aviation has been energized. The Aeronautics Commission is positioned to facilitate continued aerospace commerce growth.  I am proud to be part of the team to help the State of Oklahoma advance the aviation and aerospace sector.”

Potter currently serves on the board of directors for the Oklahoma Broadcasters Association, Salvation Army and the Oklahoma Wesleyan University Foundation. He is also an active member of the Fellowship of Christian Athletes and Rotary Club.

The mission of the Oklahoma Aeronautics Commission is to promote aviation, which includes ensuring that the needs of commerce and communities across the state are met by the state’s 108 publicly owned airports that comprise the Oklahoma Airport System, and helping ensure the viability of the state’s aerospace industry.

The Oklahoma Aviation & Aerospace Industry produces just under $44B in annual economic activity, making it the second largest economic engine in our state. Three segments account for the $44B total: Military aviation, $19.3B; off-airport aviation and aerospace businesses, $13.9B; and the 108 commercial and general aviation airports, $10.6B.  Aviation & Aerospace supports 206,000 jobs totaling an $11.7B payroll. The average salary in the industry is $73,300 making it one of the highest average salaries in the state.