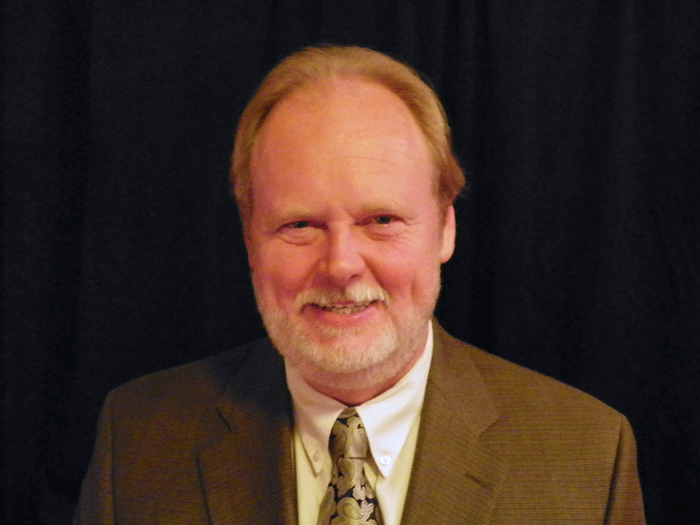 The Hon. Emmit Tayloe, a Cameron University alumnus and judge for Oklahoma’s Fifth Judicial District, will deliver the commencement address to Cameron’s Class of 2018. The annual graduation ceremony is slated for Friday, May 4 at 7:30 p.m. at Cameron Stadium. Following Tayloe’s address, CU’s 2018 graduates will receive their diplomas. A fireworks display will cap off the occasion. The public is invited to attend free of charge. No tickets are required.

“Throughout his professional life, Judge Emmit Tayloe has demonstrated integrity, character, and a genuine sense of caring about the Lawton/Fort Sill community,” says Cameron President John McArthur. “He is an outstanding role model for this year’s Cameron graduates, who can find inspiration in his dedication and service to others.”

Since earning a Bachelor of Arts degree from Cameron University in 1980, Lawton native Emmit Tayloe has experienced a career that has seen him open a private law practice, serve as an assistant district attorney and, since April 2014, hold the position of judge for Oklahoma’s Fifth Judicial District.  During each phase of his career, he has demonstrated care, enthusiasm, diligence and fairness.

Attending Cameron on a debate scholarship, Tayloe majored in speech and was a member of CU’s National Championship Speech Team in 1979.  He also served fellow students as vice president of the university’s Student Government Association.

Admitted to the bar in 1983 after earning his juris doctorate from the University of Oklahoma, Tayloe was appointed as a Comanche County assistant district attorney. In 1986, he opened a private practice in Lawton, where he specialized in both civil and criminal law. After his appointment to the Fifth Judicial District, Tayloe served as chief judge in 2016 and 2017 and as community sentencing judge since 2016.  He also initiated the Community Sentencing Diversion Program in 2016, which has been used by more than 100 defendants to date.

Tayloe serves on the Preserving the Record task force, a statewide effort to address the current shortage of court reporters, and he was responsible for obtaining funding from the Oklahoma Bar Foundation to install video systems in all seven courtrooms in the Comanche County Courthouse, as well as the adult and juvenile detention centers. He also serves on the Executive Board for the Judicial Conference with the Chief and Vice-Chief of the Oklahoma Supreme Court.

He has continued his involvement with Cameron University, acting as judge for the Business Department’s annual Ethics Bowl competition.  In 2016, he was honored as one of Cameron’s Distinguished Alumni. He currently serves on the board of directors for the Cameron University Alumni Association.

A fourth generation Oklahoman, Tayloe has ties to Fort Sill, where his father retired as a Master Sergeant. He is active in the Kiwanis Club and served as a deacon and elder in his church.  Tayloe and his wife of more than 30 years, Dolina, have three children and four grandchildren.