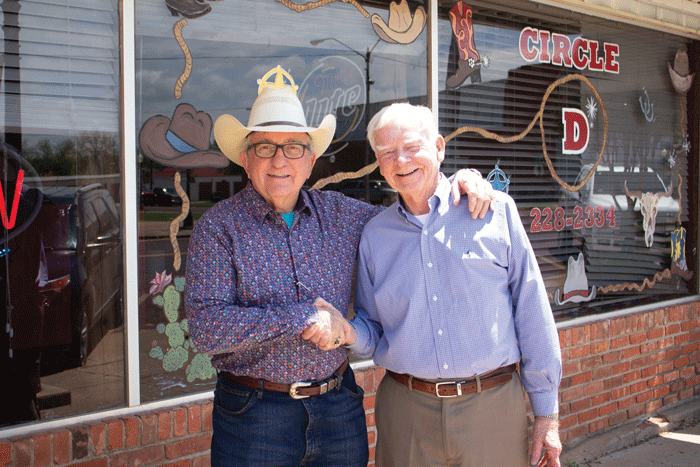 His desire to run for Congress was fueled by an editorial he read in the Norman Transcript, his hometown newspaper. The editorial was encouraging citizens to get more involved by running for political office.

Fred Gipson, longtime friend of Phillip and Pat Scott, was in town Monday talking to citizens about his goals to make Oklahoma a better place for future generations.

Gipson was born and raised in Seminole, Oklahoma.

Because of his love for the sooner state, he wants Oklahoma to continue to be a place where families grow and prosper.

He has strong feelings about the importance of education in the lives of Oklahoma’s youth.

As a man of integrity, he vows not to accept campaign contributions from PACs, lobbyist or those who live outside District 4.

During lunch at the Circle D he talked about his experiences working with former US Senator Fred R. Harris (who was born not far from Hastings, Oklahoma). Gipson served as his legislative assistant in D.C.

Gipson is a graduate of the University of Oklahoma and close friend of former OU President David Boren.

Gipson was a captain in the Unites States Army.

He served as a law clerk for U.S. District Judge Ross Rizley.

He once served as the Mayor of Seminole.

Since leaving the University of Oklahoma he has practiced law and been involved in several businesses.

He has been a partner in the Jerry Scott Drilling Company, Seminole Mud Company and Gipson Properties.

Gipson is a lifetime member of the Oklahoma Cattlemen’s Association.