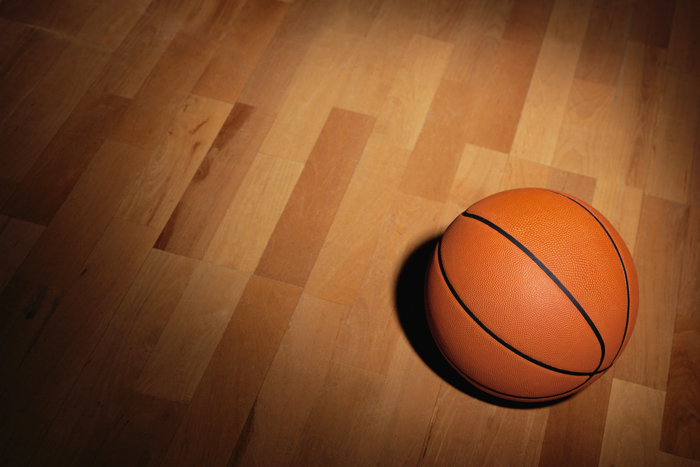 For one of the rare times this season, the opponent – this time Calumet – provided a presence inside that thwarted Waurika’s efforts to work the ball inside the paint.

And, the Lady Chieftains built an early lead on some hot shooting from the field and Waurika never led in the game before falling, 50-36, at the Geronimo Dome.

Calumet opened Saturday’s game with a 7-0 run and Waurika never pulled closer than three points the rest of the game.

The Lady Chieftains took a 10-3 lead on two treys and two two-point buckets at the 2:41 mark of the first quarter.

But, the Lady Eagles fought back and scored the final four points of the quarter as Simmons hit a pair of buckets – the last one with 25 seconds left in the first quarter to narrow the Calumet lead to, 10-7.

The Lady Chieftains opened the second quarter on a 9-3 run to increase the lead to 19-10.

Cassidie Berry hit a pair of free throws with 4:03 left in the second quarter to narrow the gap to 19-12, but Calumet answered with a three-pointer from the top of the key by Allie Harris that increased the lead to 22-12 with 3:50 left in the half.

Harris hit another three with 3:05 left in the second frame that gave the Lady Chieftains a 25-12 advantage.

Gracie Walling connected on a short jumper with 2:26 left in the second quarter to narrow the gap to 25-14, but neither team scored the rest of the half.

Aubree Showalter connected on a three-pointer with 2:49 to play to cut the margin to 29-17.

When Liberti Simmons hit a layup at the buzzer to end the third quarter the Lady Eagles trailed, 32-21.

Calumet increased the lead to 34-21 with a layup, but the Lady Eagles answered with Walling’s three-pointer from the corner that cut the margin to 34-24 with 6:50 left in the game.

The Lady Eagles would get no closer.

Calumet went on a 11-1 run that was capped by a pair of layups by Karysa Meade to put the Lady Chieftains in front, 45-25, with 3:07 left that put the game out of reach.

Waurika finished the contest with an 11-5 scoring run, but it was simply not enough on this afternoon.

Simmons led the Lady Eagles in scoring with 14 points, but no other Lady Eagle was able to get to double figures.

The Lady Eagles advanced to the consolation finals with a tense victory over the Lady Bobcats here Friday.

In the opening moments of the game it looked like Waurika’s season was in jeopardy as Binger-Oney opened the game with two three-pointers – the second one coming at the 4:32 mark of the first quarter that gave the Lady Bobcats a 6-0 lead.

Jasmine Henry’s layup with 3:20 left in the first quarter gave Waurika its first points, but after the Lady Bobcats hit another trey, Waurika trailed, 9-2, with 2:32 showing in the initial frame.

The Lady Eagles finished the quarter on a 6-0 run – all on buckets by Simmons.

Simmons had a short runner, an offensive rebound and put back and a short jumper – the last coming with 4.1 seconds left to pull Waurika to within one point, 9-8, at the end of the first quarter.

Waurika opened the second quarter much like they had finished the first period as the Lady Eagles went on an 8-0 run that was started by a layup by Berry giving Waurika its first lead, 10-9, with 7:33 left in the half.

The run was capped by Tallin Mora’s short jumper that gave Waurika a 16-9 lead with 3:07 to play in the second quarter.

The Lady Bobcats went on a modest 6-2 scoring run to close out the half and Waurika’s lead was 18-15 at the break.

In the early part of the third quarter the game was extremely tight as Waurika never led by more than four points.

That would be the final time Binger-Oney would score in the third quarter.

Waurika finished the quarter on a 10-0 blitz. Henry connected on a layup with 4:18 to play and that was followed by Berry’s layup at the 3:35 mark.

With 1:07 left in the quarter, Berry got another layup and the scoring blitz was capped on a layup and an eight-foot running jumper by Simmons that put Waurika in front, 35-25, heading into the fourth quarter.

The Lady Bobcats opened the fourth quarter with a trey that cut the lead to 35-28 and Binger-Oney continued to draw closer to the Lady Eagles.

The Lady Eagles answered with a bucket by Berry on a nifty assist from Mora that put Waurika on top, 40-38 with 1:08 left in the game.

Waurika got a steal, but turned the ball back over to Binger-Oney with 55 seconds to play.

Berry connected on another in-the-paint layup with 36.3 seconds left that increased the Lady Eagle lead to 42-39.

Binger-Oney converted on one of two charity tosses with 15.9 seconds to play to crawl to within two at 42-40.

Waurika grabbed the rebound on the second free throw and then the Lady Bobcats were forced to foul four times to get Waurika to the free throw line.

Simmons led the Lady Eagles in scoring with 17 points, while Berry contributed 13 tallies.

In the regional semifinals in the Geronimo Dome on Thursday night, Waurika applied tons of defensive pressure to stay with the talented Lady Pirates through three quarters.

The defensive pressure by the Lady Pirates equaled that of the Lady Eagles to the point that Waurika managed only a single point in the final quarter of what had been a close game throughout.

Waurika was able to gain an 8-5 edge in the first quarter and increased the lead to 17-13 at the intermission.

Cyril, the 10th-ranked squad in Class A, began to take over in the second half.

In the third quarter the Lady Pirates outscored the Lady Eagles, 14-9, to move in front, 27-26, heading into the final period.

It was a 12-1 scoring advantage in the final frame that catapulted the Lady Pirates into last Saturday’s championship tilt.

Mora led the Lady Eagles in scoring with eight points.

Cyril went on to claim the regional title last Saturday night with a 45-41 victory over Oklahoma Christian Academy.