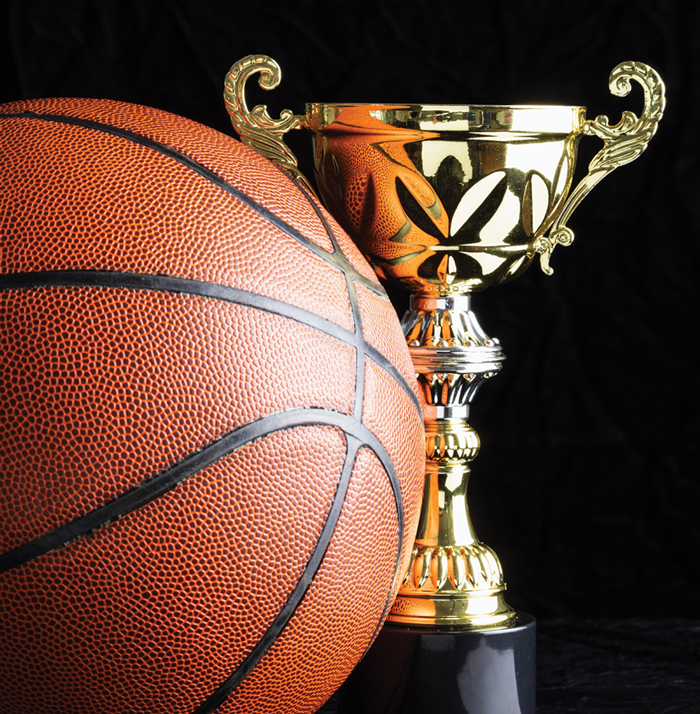 In the girls’ game, the West pulled in front in the second quarter and held on the rest of the way for a 53-39 victory over the East.

Players from Waurika, Temple, Big Pasture and Grandfield made up the West team that was coached by Anna High of Temple.

The East team had players from Ryan, Big Pasture, Geronimo and Grandfield. The East team was coached by Ryan basketball assistant Shelley Villerreal.

The boys’ game was an entertaining one as players tried to display some sharp-shooting and various dunk attempts. The West prevailed in the game, 85-81.

Prior to each game a three-point shootout was held and Tallin Mora of Waurika was the top shooter among the representatives from the various schools.

Waurika swept the three-point contest as Treyton Torrez was the top marksman for the boys.

The conference also honored one boy and one girl athlete with a scholarship award. The winner of the scholarship for the girls was Waurika’s Mora. Each athlete that applied for the scholarship had to write an essay.

Mora opened the scoring in the girl’s contest with a three-pointer giving the West a 3-0 lead, but Ryan’s Alicen Williams tied the game with a trey of her own.

Mora put the West back on top with another long three-pointer that gave the West a 6-3 lead.

Before the end of the quarter, Ryan’s Jasmine Villerreal knocked down a three pointer, but the West answered with another trey and the quarter ended with the West in front, 12-11.

In the second quarter, the West went on a 16-5 scoring run behind four points by Mora, a trio of points by Waurika’s Cassidie Berry and a rebound and putback by Waurika’s Gracie Walling.

The West led at the half, 28-16, and held a comfortable lead throughout the rest of the game.

Mora finished with 15 points for the West team. She also had a rebound and steal.

Berry ended the game with an impressive 11 rebounds, two blocks and five points.

Walling also got into double figures in the rebound column with 10 rebounds. She also had one steal and two points.

Williams finished with six points, three steals and four rebounds for the East team and Villerreal scored in double figures with 11 points, two rebounds and an assist.

In the boys contest, the game became lively late in the first quarter as players from both teams decided to put on a three-point shooting display.

Ryan’s Racen Williams connected on three straight three-pointers in a span of 39 seconds – the last one coming from mid-court.

The game was tight after the first quarter as the West held a narrow 21-19 lead.

Like the girls’ game, the West boys extended a lead with a 28-15 scoring advantage that put the West in front, 49-34, at the break.

The antics of the boys continued in the second quarter. R. Williams had a dunk that was aided by the back of Ryan’s Landen Alexander. R. Williams launched himself off Alexander’s back for the stuff.

The final points of the half were scored by Alexander who had a dunk with 20 seconds left in the half.

The third quarter was dead even as both teams scored 21 points in the quarter. Ryan’s Westin Jennings had a near dunk at the 4:13 mark that put the West in front, 62-44, but Waurika’s Treyton Torrez had a layup to answer moments later.

The quarter closed with another trey by R. Williams with 51.5 seconds left that put the West in front, 70-55.

The final frame was filled with more long-distance shots and dunk attempts by players from both teams.

The East actually rallied behind Ryan’s Julian Rodriguez and Waurika’s Slade Cathey that cut the margin to 75-64 with a 5-0 surge.

At the 2:01 mark, the East drew within five at 78-73, but that would be closest they would get until Aiden McCullough of Big Pasture nailed a three-pointer with 18 seconds left that set the final score.

R. Williams led the West in scoring with 17 points and he also contributed four rebounds.

Jennings finished with eight points, five rebounds and a steal.

Rodriguez finished with eight points, three rebounds and a steal playing for the East.

Torrez had seven points and a steal in the contest, while Cathey finished with six points and eight rebounds.

Waurika’s Isaac Camarillo finished with a pair of rebounds on the night.