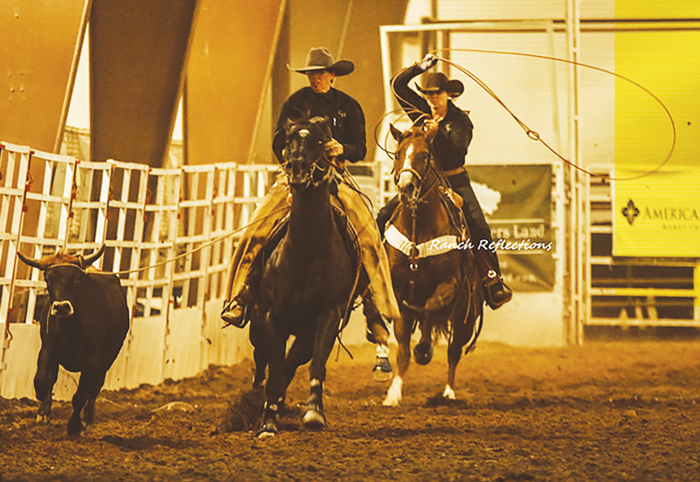 Only the top 12 teams make it to the Women’s Ranch Rodeo Association Finals Rodeo. The team Michelle Dyer competed on was one of them. Around 48 women competed. Only 1 can be named the Top Hand. This year that just so happened to be Michelle Dyer. Her Horse, Dixie, was named the Top Horse.

Dyer says she has been competing in rodeos since she was around 12 years of age. Growing up around Newalla, OK, she was exposed to the rodeo way of life early. She was raised in a family with a rich rodeo history on her father’s side.

It was during her senior year that Dyer began to take rodeo competition seriously. It earned her a scholarship to Tishomingo. That’s where she met her husband Jared. They now have two sons, Ace and Jet.