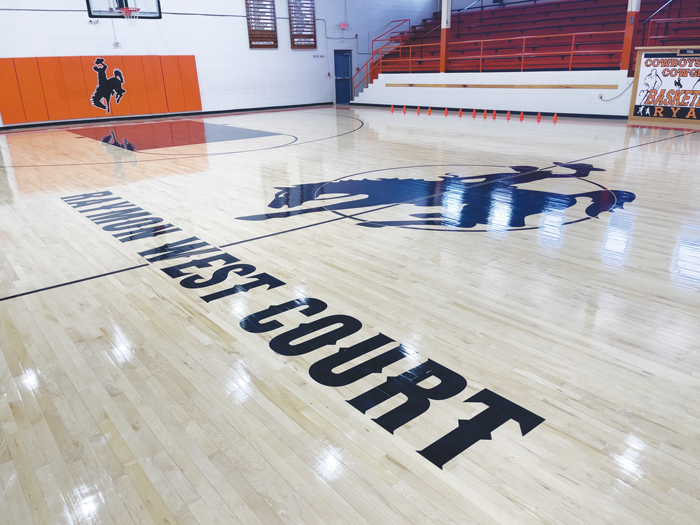 Veteran coach Lane Weldon returns to the sideline at Ryan for the second year of his second stint at the helm of the Ryan basketball program and he is expecting the Cowboys and Cowgirls to build on last season.

The journey will begin Tuesday night when the Cowboys and Cowgirls will host Waurika on Raymon West Court. The girls’ game will tipoff at 6:30 p.m. and will be followed by the boys’ game.

Both the squads return the majority of the players that contributed heavily to last year’s teams.

The Cowboys won a district title a year ago and finished with a 14-9 mark.

“I think we will be equal to or better than last year and especially if we can avoid sickness at the end of the year,” said Weldon about this year’s expectations for the Cowboys.

While the Cowboys have a large number of contributors from last year returning, they will have to replace scorer Westin Jennings and Landen Alexander, who was a menace on the inside for the Cowboys.

Weldon noted the challenge of replacing the leadership of Jennings and the height that Alexander provided.

Racen Williams, an all-Southern Eight conference performer from a year ago returns to provide the scoring punch for the Cowboys.

But, the Cowboys have a number of returnees that can score including Julian Rodriguez, Xavier Guzman and Carsen Rodriguez.

Mason Adsit and Braden Bergeron will take on the responsibility of giving the Cowboys a presence on the inside.

There are a total of nine players that return from last year’s team and five freshmen will help provide some depth to the Cowboys in the coming season.

“We do have some quickness and most of our kids can shoot the ball, plus we should get some help from some freshmen,” Weldon said.

The Cowboys have had limited practice time after the football squad advanced to the playoffs.

Weldon cited a couple of things that are key to the Cowboys having another successful season.

“We have to be patient on offense,” Weldon said. “And, we need to work on helping each other on defense.”

“We need to understand that turnovers are a big key between winning and losing,” added Weldon.

Weldon is hopeful the season will prepare the Cowboys for what will likely be a challenging post-season as the southern part of the state has no shortage of good teams.

The Cowgirls will be looking to improve on last year’s 7-12 mark.

Libby Carter, who was a steady defender a year ago, returns for her senior season.

“I think we will be better,” said Weldon when asked about this year’s Cowgirl squad.

“The girls are understanding what it takes to be successful,” said Weldon.

“Our shooting is better and the girls’ attitude in finishing games has improved,” Weldon added.

“We hope to use our quickness to put pressure on the basketball and create some turnovers,” Weldon commented about the strengths of this year’s Cowgirl team.

Weldon cited a couple of freshmen that will likely contribute to the Cowgirls having a successful campaign – Kamrie Hernandez and Kayleigh Morgan.

The Cowgirls will have some depth for the first time in several seasons as 15 Cowgirls make up this year’s roster.

One of the challenges for this year’s squad will be producing offense.

“We have got to have more than one or two girls scoring,” said Weldon about what he is looking to see the Cowgirls make improvement on for the 2023 season.

“Unforced turnovers were a problem last season and we have to do better taking care of the ball,” Weldon said.

Ryan will play in three tournaments this season – including the tough Stephens County Tournament when Ryan will make their first appearance in the tourney since 2016.

The other two tournaments – the Black & Gold Classic at Wilson and the Lawton Coliseum Classic will provide the Cowboys and Cowgirls with some tough matchups that hopefully will prepare the teams for the post-season.

Weldon believes the season opener with Waurika for both the Cowboys and Cowgirls will provide a clear picture of what the two teams will need to work on in the early part of the season.