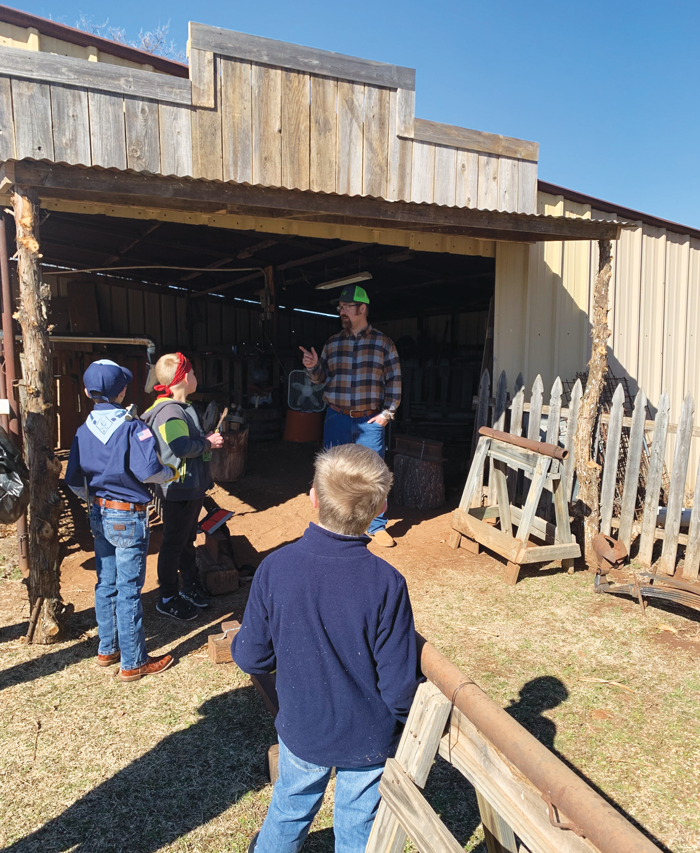 They began the day eating breakfast and learning about cooking in Dutch ovens with Chris Harper. Chris is the Scoutmaster of Troop 49 in Nelson, Missouri, and he has held this position for 34 years. He also serves as the B.S.A. District Executive for the Osage Trails and Kinderhook districts of the Great Rivers Council. After breakfast they divided up into groups for the trapping, leather working and blacksmithing stations. Roy Himebaugh taught the boys about different trapping techniques and why it was an important survival skill for a mountain man to know. He also showed them how he set his traps when he used to run his trap line. Michelle Dyer, pack 4460’s Webelos Den leader, taught the boys about leatherworking. At this station, they were able to design, dye, and stamp their own leather belt to keep. Alan Harper taught the boys about blacksmithing and the importance of blacksmiths in frontier towns. With the help of an adult, and while wearing safety equipment, the boys made a hat/jacket hook for their home. The day ended with eating some Klondike chili and cobbler made by Chris. Everyone enjoyed the day, and leaders are already planning next years activities!