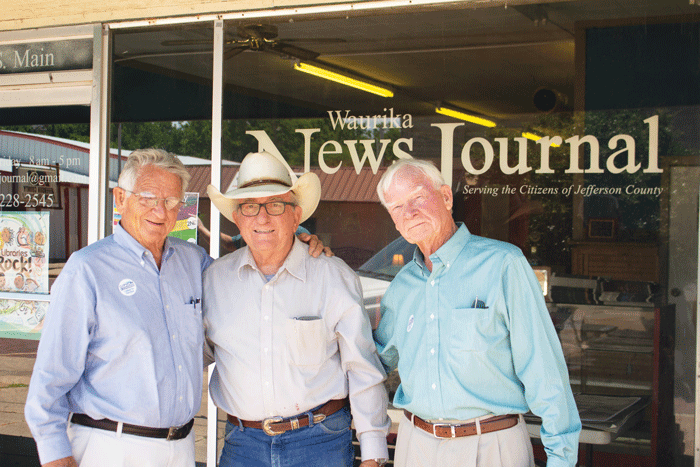 Fred Gipson, candidate for the U.S. House of Representatives was in town Friday.

He is seeking the seat currently held by Congressman Tom Cole.

While in town he took time to visit with voters and stop by the Circle D. Cafe on main street.

Gipson is no stranger to Oklahoma or Washington D.C.

Gipson served with former Oklahoma Senator Fred Harris in D.C. It was one of the more rewarding experiences of Gipson’s life.

It was during this time that he learned about government and the inner workings of congress.

During his time in Washington, Gipson was able to meet many influential and intelligent people. Many had a positive impact on his life.

His focus for improving the economy in Oklahoma is to fix healthcare and education.

He believes that if we don’t improve in those two areas that it will be very difficult to attract new business to Oklahoma.

Gipson looks forward to facing Tom Cole in the fall.

Gipson’s campaign manager for this visit to Waurika was Joseph H. Carter.

Carter is a published author who served with Gipson in Washington D.C. with former Oklahoma Senator Fred Harris.

While in D.C. Carter wrote speeches for President Lyndon Johnson.

Carter has also served as the curator of the Will Rogers Museum in Claremore for 20 years.

Sitting and listening to their conversations about days gone by is interesting and educational.