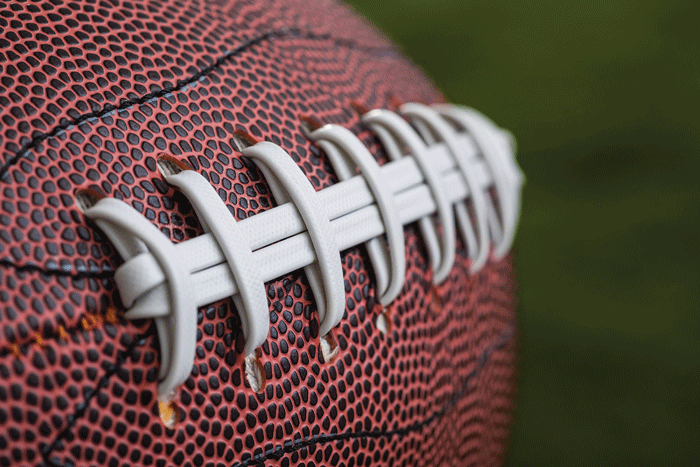 After a week off during the first round of the Class B playoffs, Waurika’s grid squad will open the post-season Friday against a talented Southwest Covenant team.

The Eagles and Patriots will square off at 7 p.m. on Norman West Field at Waurika’s Cy Sloan Stadium.

Both teams have had an up-and-down season with the schedule.

Waurika had two games canceled during the regular season. That pales in comparison to the Patriots’ season that saw only five regular season games played.

The Patriots had hoped to repeat the success of the past couple of years until the season was derailed by the cancellations. After the Patriots’ win over Central High in the first round of the playoffs last week, Southwest Covenant has a total of six games under their belt.

In the 2018 season, Southwest Covenant marched all the way to the Class C state title game where they fell to Tipton. Last year’s season ended with a first-round loss after an undefeated regular season.

Over that same time period Waurika has been equally impressive. In those two seasons Waurika was 21-3 overall and had a pair of district titles.

The Eagles would likely have made it three district titles in a row but stumbled in the contest with Empire earlier this season.

The only common opponent between the two schools from the 2020 campaign is Central High. Waurika defeated Central High, 56-6, in a district contest in week seven.

The winner of Friday’s clash will take on Laverne. Laverne advanced after Seiling was forced to cancel because of COVID-19.

The Patriots football program has produced one National Football League player. Dan Bailey, a former Oklahoma State kicker, is in his 10th season in the profession ranks. He currently is the kicker for the Minnesota Vikings. Bailey graduated from Southwest Covenant, which is located in Yukon, in 2007.

Records: Southwest Covenant is 3-3 on the year, while Waurika is 5-3.

State Rankings: Neither team is ranked.

Coaches: Trey Cloud is in his seventh season at the private school that has competed in both Class B and Class C since the 2010 season. Cloud has a 39-31 record as coach of the Patriots. Joe Allen is in his third season at the helm of the Eagles. Under Allen the Eagles have compiled a 26-6 mark.

Series History: This will be the first meeting between the two schools.

Last Week: Southwest Covenant played host to Central High and rolled to a 44-0 victory over the Bronchos. Waurika, by virtue of finishing second in District B-3, received a bye in the first round of the playoffs.

Waurika is making its 30th appearance in the playoffs and the sixth since joining the eight-man ranks. Waurika is 29-26-2 in all playoff games and has the 1951 state championship to its credit. The Eagles have appeared in six state semifinal contests. The Eagles have earned three district titles since beginning eight-man competition. Last year the Eagles were eliminated in the second round of the Class B playoffs by Pioneer. This is the fourth consecutive year for the Eagles to be in the playoffs.

Team Capsules: The Patriots had only two regular season wins – over Caddo and Bray-Doyle. The three losses by the Patriots came to Regent Prep – the only non-district game the Patriots were able to play – and to district foes Alex and Velma-Alma. The Patriots led the entire game against Alex, but the Longhorns rallied in the final quarter to get the win. Tyler Kelly, a senior running back, will be the top threat for the Patriots on offense. As a junior in 2019, Kelley rushed for 1,143 yards in 11 games. Spearheading the defense will be Blake Riddell who was the team leader in tackles a year ago from his linebacker position.

The Eagles have played their toughest schedule in the three-year tenure of Coach Allen. Two of the three losses came to eight-man powers Shattuck and Laverne and the other defeat was an overtime battle with district champion Empire. Waurika has a strong ground game on offense with talented quarterback Trey Torrez and dependable running back Kevin Garcia. Torrez has 1,168 yards rushing in just eight games, while Garcia has contributed 662 yards on the ground. Torrez has 20 rushing touchdowns on the year, while Garcia has 14 scores – 11 rushing touchdowns and three touchdown pass receptions. The Eagles are coming off possibly their best defense performance of the season in the final week of the regular season. The Eagle defenders held Snyder to only six points. The Cyclones scored 72 last week in a playoff game against Strother.

Outlook: The Eagles will have to be poised and ready for the invasion of Southwest Covenant into the Eagles’ home field. Despite the record the Patriots bring into the game, they are a dangerous team as they begin to gain experience with each contest played. The Eagles will need to start well on offense and produce another outstanding defensive performance to move on to the second round of the post-season.