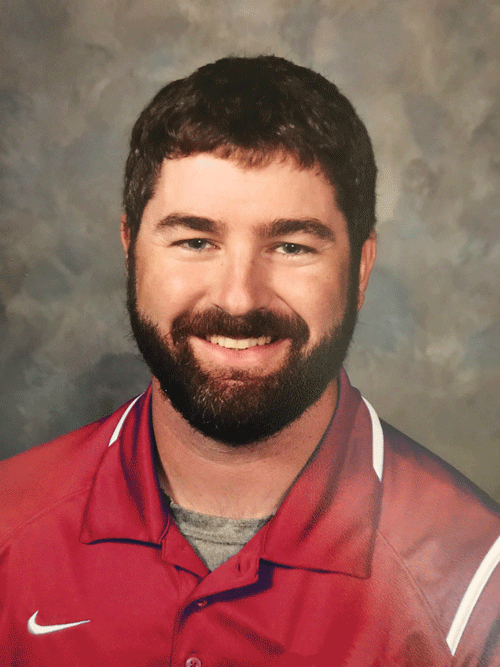 Allen will not only be the grid mentor, but will also serve as the head baseball coach for the Eagles next spring.

“I am really excited about coming to Waurika not just because of the job opportunities, but because my wife teaches at Waurika, we live here and my kids go to school here,” said Allen in a recent interview.

Allen, a 2009 graduate of Cameron University and a 2004 Ryan High School graduate, is looking forward to the challenge of continuing to build on the success Waurika has had in football the past couple of years.

For the past four seasons Allen has been the head baseball coach and assistant football coach at Walters High School. He guided the Blue Devils to one district title in baseball in the four seasons.

“The big selling point for the job was of course my family, but also the kind of athletes they had coming up at Waurika,” said Allen. “I was happy at Walters, so it had to be the right job for me to leave there.”

Allen began his coaching career as a lay coach for the Duncan High School baseball team for two years.

It was his only season as a head football coach and he guided the Tigers to a 4-5 mark before the opportunity came to move over to Walters.

“Football and baseball were always neck and neck for me even when I was a little kid,” noted Allen when asked which sport was his favorite.

Allen has not yet had an opportunity to meet with the football team, but is looking forward to getting together with them in the near future.

“Being in the area and living here in Waurika I have known the kind of athletes they have,” said Allen in reflecting on his new challenge.

“They have been really competitive in junior high and what I have been impressed with is they have a number of athletes that I have heard are willing to work hard to improve,” said Allen.

While the timing of his hiring did not allow him to get involved with Waurika’s summer league baseball team, he did see the squad in action in their final summer league game at Comanche.

Allen will take over for former Waurika football and baseball coach Glenn Howard, who moves over to Wilson to become an assistant for the Eagles.

“I was glad they had a team because it is hard to get a team together in many of the smaller communities around,” Allen said

Allen was an outstanding athlete during his high school career at Ryan. He excelled in football, baseball and track.

In the 2003 season football season Allen was the starting quarterback on the Cowboys’ semifinal squad that finished 9-4. He threw for 1,113 yards and connected for 11 touchdowns. He also contributed 553 yards rushing.

During his junior season for the Cowboy football squad Allen snared seven interceptions, which was the third most in the state among eight-man schools. He was also named to The Duncan Banner’s all-area football team.

Allen was a ringleader on the 2003 baseball squad that earned a district title – one of only three district titles for the Cowboys since 2000.

In track, Allen was a state track meet qualifier in the high jump in both 2003 and 2004 and was the Southern Eight Conference high jump champion in 2004.

Allen is married to the former Magen Wright of Ryan and she is currently a teacher in the Waurika Public Schools. They have three children with the oldest entering first grade at Waurika this fall.