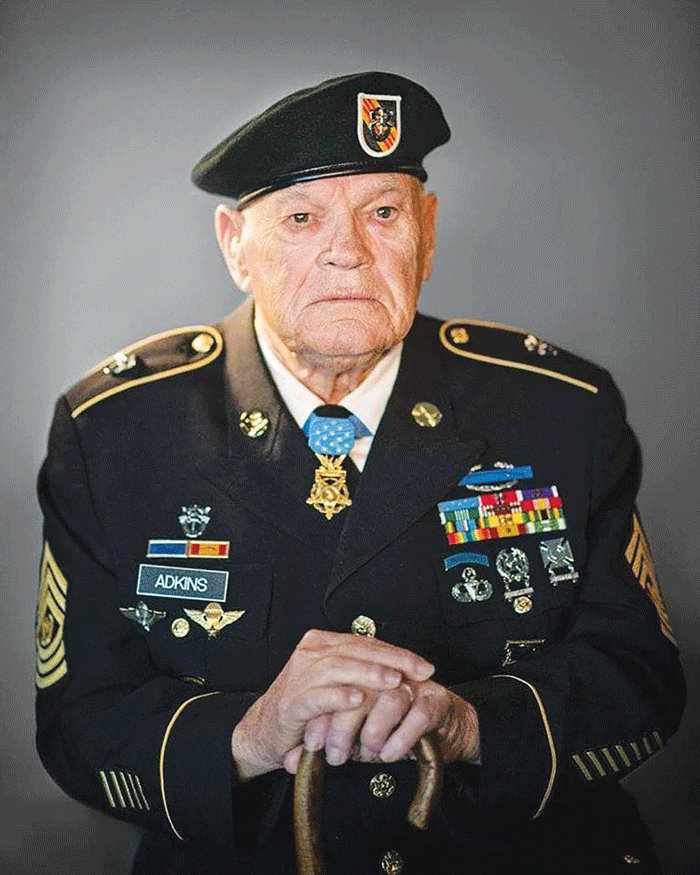 Adkins was born on February 1, 1934 in Waurika, Oklahoma.

While in the Army he attended Airborne School and then later volunteered for the Special Forces.

Adkins spent three tours in Vietnam. It was because of his acts of heroism and bravery during the war he was awarded the Medal of Honor in 2014.

Today a statue in Memorial Park in Waurika stands in his honor.

He was a man of honor and integrity and will be missed by his family, friends and a grateful nation.