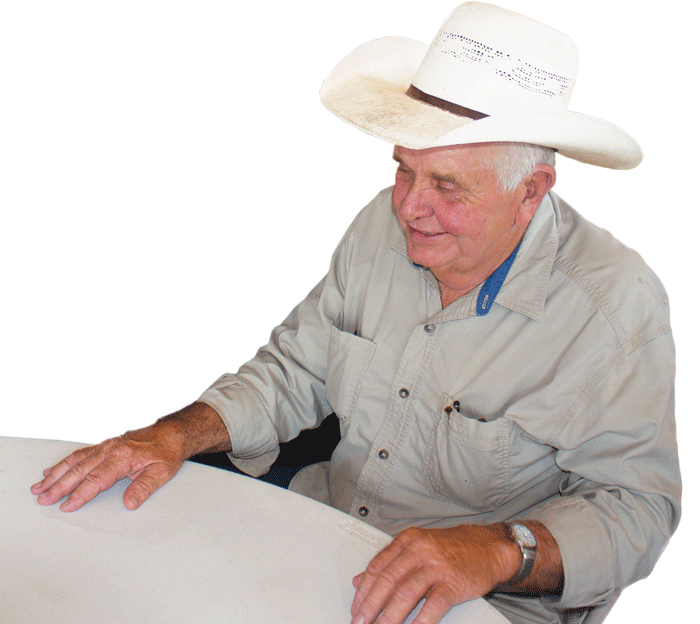 He’s completing his second term as the District 3 County Commissioner and looks forward to another one if elected.

In a recent interview, he was asked about what he felt like was the greatest accomplishments over the past four years and he quickly responded “the equipment we have paid for and the roads we have built.”

He said that recently they have received quite a bit of help from the Comanche Tribe with the roads. “They are talking about maybe finishing the roads going on into town (Ryan).”

He wanted to address the concern that he wasn’t getting enough REAP Grants. “I’m trying to get all the money for the county that I can. It’s not easy, plus you have to match the funds you get in a REAP Grant.”

Martin said that some have even complained about him working on the weekends and after hours.

“I do it because it helps us to stay caught up. Plus I like doing it. I like working.”

Martin believes that the hours of a county commissioner are 24-7.

“If you get a call about a flood or a road damage you have to go when called. It’s not just an eight hour a day job.”

Martin has lived in Terral his whole life.

“Except for the two years  I was in the army.”

Before becoming the county commissioner of District 3 he had driven a truck for a living.

What he has enjoyed the most is the getting to know and help the people of his district.

He says that being commissioner is a good job. He acknowledged that the pay is not that much, but he enjoys the work.

During the next term he wants to rock more roads and clean up more of the ditches along the side of the road.

He has some ideas about saving money.

When they get all of the equipment paid for he would like to see the district get some newer trucks.

He’s also proud of the new county barn. It was built with a $45,000 REAP Grant and local volunteers and of course the county hands.

Rash Barrett loaned the county the track hoe to set the beams.

David England loaned them some equipment.

Ty Phillips came down and helped.

Martin says that they have good hands working in District 3.

His goal is to finish all the current projects before the end of the year.