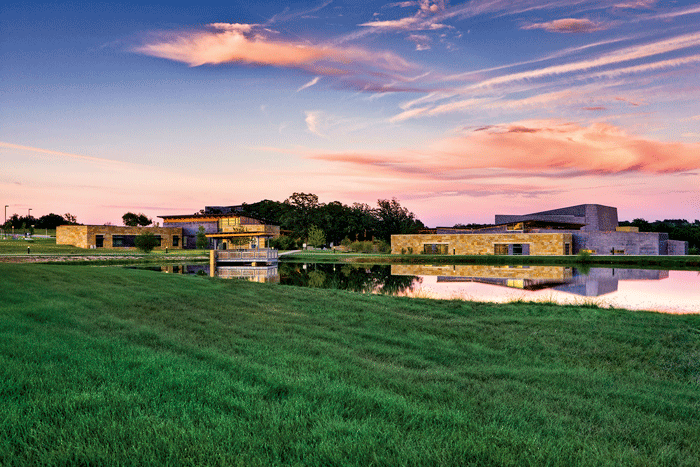 Celebrate the special men in your life during the Father’s Celebration Saturday, June 16, and Sunday, June 17.

Take a step back into time at the Living Village and enjoy stickball, stomp dancing, children’s cultural crafts and more.

Native Creativity Day will take place Saturday with a celebration of Native American artists. The event will showcase a variety of creative mediums.

Fathers will receive free admission to the Chikasha Poya Exhibit Center and discounts in the gift shops.

Guests will enjoy the comedic entertainment of Adrianne Chalepah 6:30 p.m., Saturday, June 16, in the Anoli’ Theater.

Adrianne Chalepah, Kiowa/Apache, is an entertainer from Anadarko, Oklahoma. In 2010, her comedy career took off when she teamed up with the popular comedy troupe “49 Laughs Comedy.”

Chalepah’s performances continue to gain recognition, landing her features in magazines and on television. In 2012, she was honored to open for first lady Michelle Obama. In 2014, she founded the “Ladies of Native Comedy” super group.

Chalepah has performed alongside comedy giants such as Margaret Cho, Dane Cook, the late Ralphie May and Jarrod Carmichael at the Hollywood Improv.

Tickets for Chalepah’s showcase are $3 for children age 12 and under; $4 for adults; or $6 combo deal that includes ticket, popcorn and drink.

The Te Ata Exhibit and the Sculpting Cultures: Southeast and Southwest Native Pottery Exhibit will be available to visit during the celebration.

Explore the life of Mary “Te Ata” Thompson Fisher and her journey to become one of the greatest Native American performers of all time now through Sept. 2 in the Aapisa’ Art Gallery.

View items owned and worn by Te Ata, as well as memorabilia and props from the recently released, award-winning film.

This exhibit is a partnership with the Indian Arts Research Center at the School for Advanced Research and the Museum of the Red River. The pottery will be displayed in the Aaittafama’ Room now through Sept. 2.

The Father’s Celebration and exhibits are open to the public at no charge.

For more information about any of the upcoming events, call 580-622-7130 or visit www.chickasawculturalcenter.com.