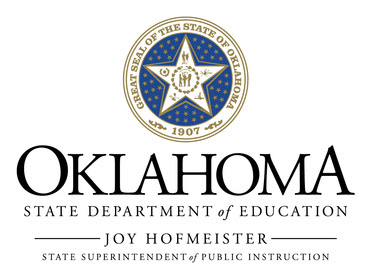 OKLAHOMA CITY (June 12, 2018) – A public awareness campaign to help ensure nutrition for summertime learning is celebrating its second year. Launched in 2017 by the Oklahoma State Department of Education (OSDE) and its Office of Child Nutrition, the #Food4ThoughtOK campaign is designed to increase the number of free meals served to Oklahoma kids age 18 and under during the federally funded Summer Food Service Program.

Last year, #Food4ThoughtOK led to an increase in participation of nearly 9 percent over the previous year, with more than 125,000 additional meals served. State Superintendent of Public Instruction Joy Hofmeister expects participation to grow again this year.

“During the summer break, it’s vital that our children continue to receive nutrition supports that will strengthen their ability to learn. Lack of nourishment impacts cognitive functioning. Healthy brain development doesn’t allow kids to take time off when school is not in session,” Hofmeister said. “The #Food4ThoughtOK campaign effectively leverages federal dollars and enables parents to encourage learning yearlong.”

The #Food4ThoughtOK campaign is the result of a partnership between OSDE and Hunger Free Oklahoma. It is made possible with assistance from Oklahoma City-based Tyler Media, Boys & Girls Clubs, YMCA, the Chickasaw Nation, Oklahoma Department of Human Services and the Oklahoma Department of Libraries, along with many nonprofit and faith-based organizations. The Oklahoma Childhood Food Security Coalition has helped disseminate information statewide.

The campaign emerged from the collaboration between Hofmeister and her Faith-Based Advisory Council, one of several stakeholder groups with whom the superintendent meets regularly.

Oklahoma has one of the highest rates of food insecurity in the nation. Food insecurity exists when a population has limited or uncertain access to safe, nutritional food or an inability to acquire it. An estimated 1 in 4 Oklahoma children – 220,000 in all – are considered food insecure, and research indicates that students who struggle with hunger have poorer academic and health outcomes than those who do not.

In Oklahoma, 61 percent of public school students are eligible for free and reduced-priced lunches. During the summer months when school is not in session, only about 6 percent of those same students participate in summer feeding programs, ranking Oklahoma 51st in the nation, according to a 2017 report from the Food Research & Action Center.

The summer meals program offers convenience to families; the vast majority of Oklahoma’s more than 600 sites are open, and children are not required to pre-register or present paperwork. Families interested in finding a serving site can text FOOD to 877877 or visit www.meals4kidsOK.org.