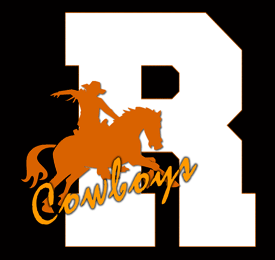 Ryan’s cross country teams traveled to Geronimo last Friday and came away with one team plaque and a handful of medals.

The junior high girls finished second in the team race behind Hollis helped along by five runners that earned medals by finishing in the top 30.

Micahl Villarreal led the way for the junior high Cowgirl harriers with an eighth place finish.

The junior high boys did not have enough participants to compete in the team race, but two Cowboys had medal performances.

Breydon Hill finished 25th for the Cowboys, while Kyson Harrison earned 27th place in the 3,200-meter course that winds around the Geronimo baseball and softball facilities.

Andrew Scott was the only runner for the high school boys, but he turned in a record-breaking performance for the Cowboys and earned sixth place.

Scott’s time of 18:14 sets the school record at that distance in cross country and is also his personal best time.

Three freshmen girls ran for the Cowgirls in the high school division.

Kamrie Hernandez finished 13th with a time of 13:58 over the 3,200-course. She improved her previous best time by nearly 40 seconds and was the only medalist for the Cowgirls.

Also running for the Cowboys was Lilah Regehr and Kayleigh Hodges.

Regehr finished 45th with a time of 16:26 – an improvement of nearly six minutes from her first outing of the season.

The elementary cross country runners for Ryan also participated in the meet but results were unavailable.