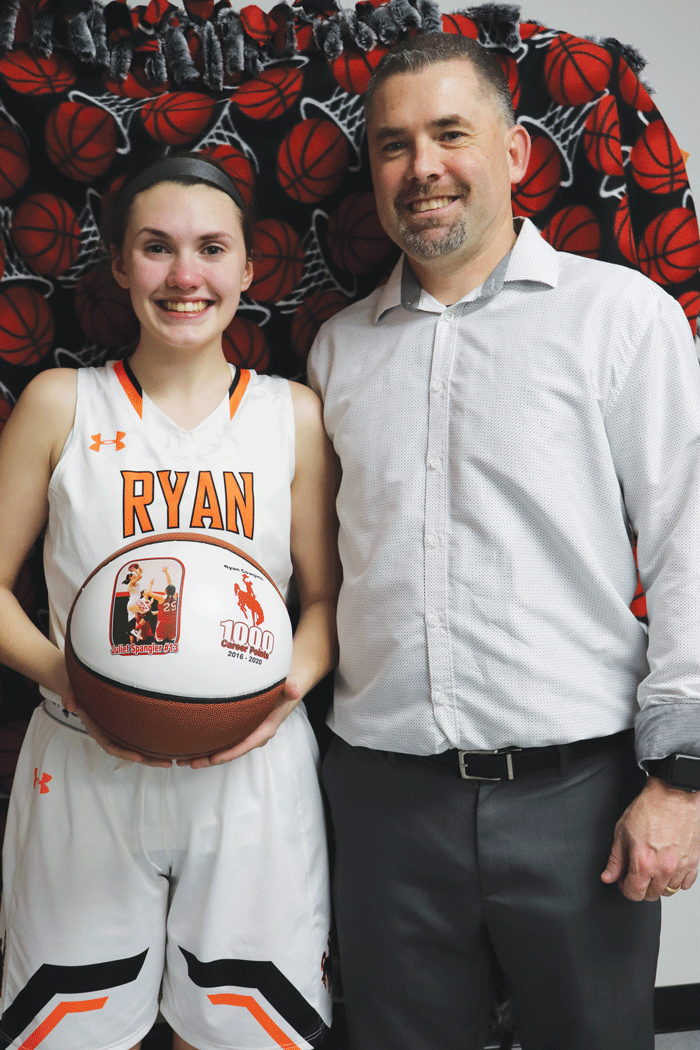 The 2020 Cowgirl senior was named to the Oklahoma Fellowship of Christian Athletes All-State squad it was announced recently.

Spangler, a three-sport letter winner in her senior season, was honored for achievement in the classroom and on the athletic field while being involved in her local Fellowship of Christian Athletes huddle.

Spangler was a four-time state qualifier and a two-time regional medalist in cross country and recently signed to continue her basketball career at Cowley County Community Junior College in Kansas. She has numerous achievements in track and basketball.

FCA recognizes the character, academic and athletic achievement and the Christian faith of individual student-athletes.

In addition to her athletic achievements, Spangler has excelled in the classroom as well. She was a member of the Ryan High School Beta Club and maintained a 3.5 grade point average through high school. She will graduate fourth in her class. She was also on the yearbook staff.

Spangler, along with Lily York, Brooklyn Charmasson and Samantha Good were instrumental in beginning the FCA chapter at Ryan. Spangler is a member of Ryan’s First Baptist Church.

“Throughout my years of playing basketball, I have been blessed to be able to travel overseas and compete,” Spangler said in a recent interview. “I have competed in Australia and Costa Rica and it was awesome.”

Steve Spangler, who coached his daughter in cross country, track and basketball this past season also serves as the huddle leader for the local Ryan FCA chapter.

The 46th annual Honors FCA Banquet was scheduled for April but was canceled because of the recent pandemic. Spangler was honored at a virtual awards ceremony last Sunday night.

During the ceremony 34 athletes were cited by the FCA organization for upholding the core values of the organization – teamwork, integrity, service and excellence.

Eight coaches were also recognized for their service to FCA huddles in schools around the state of Oklahoma.

John O’Dell, the executive director of the Oklahoma FCA, presided over the ceremony.