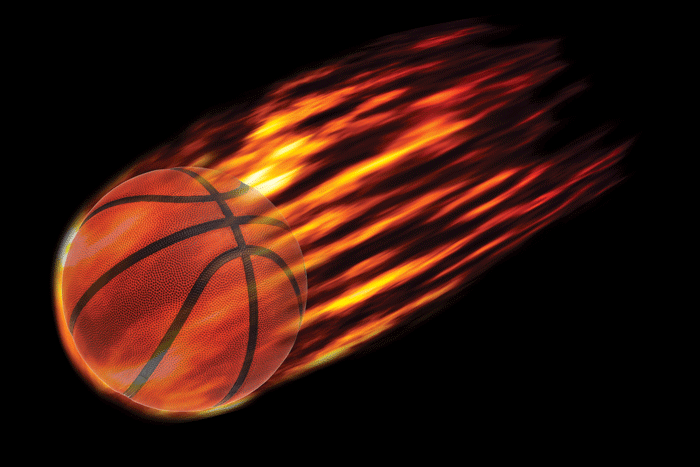 The boys’ and girls’ teams have a total of 50 district titles between them. The Eagles have claimed 30 of those titles and the Lady Eagles hold 20 district championship trophies.

However, it was the 1973 Waurika Eagle basketball team that outshines all the other squads that have graced the hardwood at Waurika High School.

That 1973 team finished the season with an unblemished record – 28-0 – and claimed the state championship in Class 2A.

Jerry Marsh coached the Eagles that season and it is one of six boys’ teams that have made the state tournament in school history.

The Jerry Gipson-led Eagle squad narrowly won its first two games at the state tourney and then claimed the title with an impressive 66-58 victory over Boley at the State Fair Arena in Oklahoma City.

But, each of those state tournament appearances began at the district tournament.

In the 1973 season the Eagles hosted the tournament and rolled to victories over rivals Grandfield and Temple.

The Lady Eagles have only one state tournament appearance and it came in 1991 when Waurika dropped a first-round game to Dale.

Since 2000 the Eagles have only three district crowns, while the Lady Eagles have secured four district titles.

The Waurika boys have enjoyed two periods of time in school history where impressive squads were put on the floor. From the 1989 season through the 1992 campaign, the Eagles won 82 games and lost only 23.

Capped by the state tourney title in 1973, the Eagles went three years losing only 10 games, while collecting 73 wins.

Overall girls’ basketball at Waurika has not flourished nearly as much as their male counterparts. Even the state tourney team of 1991 lost eight games, while winning 22 games.

The Lady Eagles have never had back-to-back 20-plus win seasons – at least from years where a final record was available.

For several of those seasons – it is not known exactly how many – Waurika did not field a girls basketball team.

The first year the Lady Eagles competed in the district tournament was in 1929. Waurika defeated Sugden and Empire before falling to Union Valley-Randlett in the semifinals.

It was 1964 before the Lady Eagles laid claim to a district title. Waurika defeated Temple, 33-31, in the championship game of the tournament played at Temple.

The last district title won by the Lady Eagles came in 2017 when Waurika defeated Maysville, 62-17, to claim the crown.

Waurika played in the district tournament for two more years, but did not make another district appearance until 1929. The Eagles made the most of the opportunity by winning a district title on their home floor in 1929.

The most recent district tourney title for the Eagles came in the 2006 season when the squad dropped Bray-Doyle, 66-50, in the championship game at Waurika. That team finished with a 24-6 mark and was also a regional champion.

The 2006 squad fell short of a state tournament run when it lost two straight games in the area tourney at Chickasha.

Here’s a quick summary of the history of district tourney play by the Waurika basketball teams: