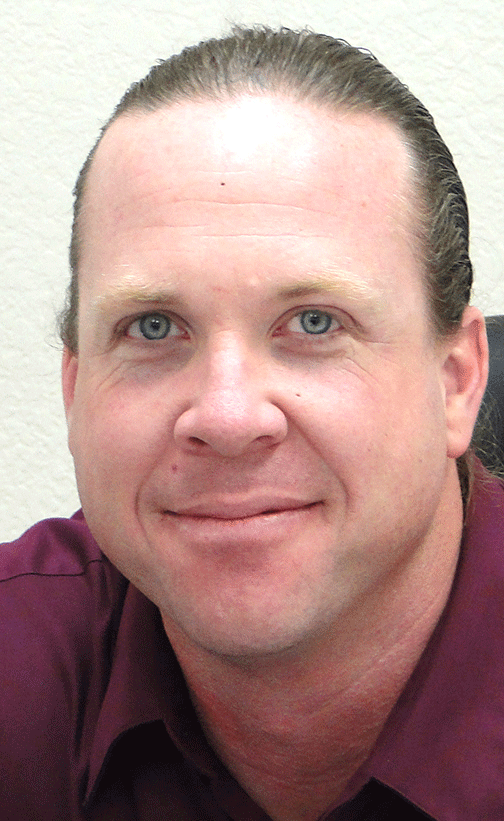 For one Sulphur resident, the downside of being a “starving artist” is just that – the potential for starvation. It is for this reason that Chickasaw artist Steve Adamietz has no plans to give up his day job despite the fact he produces and sells award winning pieces.

Adamietz and over 100 other Native American artists will be presenting their works at the Artesian Arts Festival May 26 in Sulphur.

When Adamietz is not fulfilling his duties as a quality manager at DDB Unlimited in Pauls Valley, he is busy creating beadwork originated by his ancestors from whom he draws inspiration.

“Beading was just one of the ways our ancestors used to tell stories,” Adamietz said.

Adamietz started with simple geometric patterns which soon drew the approval of family members. “I liked to make my mom and family beaded jewelry such as earrings and bracelets. The pieces kept getting bigger and more elaborate. The more I learned, the more creative I got with my work.”

He says his mother, Paula Byers, travels the powwow circuit where she sells her son’s art as well as her own Native American wares.

Animals are some of his favorite subjects. “I did one of a white dog that was 12 inches in diameter, he said. “I’ve done some of a Chickasaw horse, an eagle and falcons.

“The longest piece I’ve worked on was a southeastern red wolf. It was a huge piece that took me nine months to complete.”

The 44-year-old Adamietz says he has friends whose only income is derived from their art; but he doesn’t think the romantic notion of a “starving artist” fits his overall plan. “They’re a little bit older than me and probably retired and I think it’s great for them.

For Adamietz, participating in the Artesian Arts Festival is a way of sharing his Chickasaw culture, connecting with others and comparing notes.

“I’m going there to show a piece of my culture and share with my fellow Chickasaw and other southeastern artists, and with any other type of art aficionado that appreciates southeastern American Indian artwork.”

That, and compete for all-important prize money, which he says benefits artists and patrons alike.

“Prize money helps keep artists from starving,” he said. “It brings out the better artists; the more skilled.”

This, in turn, is a plus for Native American art lovers because, he says, it brings in a high quality of artwork for them to peruse.