Home News Drive Sober or Get Pulled Over Campaign Kicks Off 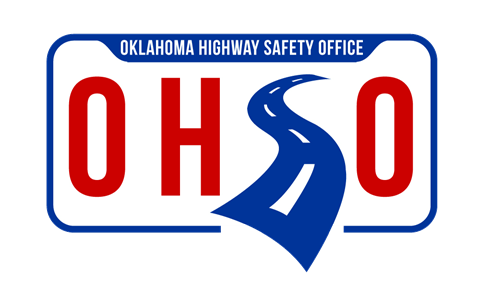 The Oklahoma Highway Safety Office (OHSO) is teaming up with more than 100 law enforcement agencies across the state to make sure everyone has a safe end to their summer.

The campaign starts on Aug. 14 and runs through the Labor Day holiday, ending on Sept. 2.

Each year, law enforcement from Oklahoma are joined by thousands of personnel from around the nation to participate in this high-visibility enforcement campaign. The goal is simple; keep impaired drivers from killing themselves, and innocent people, on Oklahoma roadways.

Sadly, the statistics prove that we have a lot of work to do to put an end to impaired driving. According to newly released data from the OHSO, 331 people were killed in alcohol and/or drug-related crashes in 2018. That’s the equivalent of a fully loaded jetliner crashing with no survivors, all killed by someone’s choice to drive under the influence.

“These numbers are shocking and they are why it is more important than ever to team up with law enforcement to help solve the problem,” said Paul Harris, director of the Oklahoma Highway Safety Office.

Each year, the OHSO works with local law enforcement agencies by providing grants to agencies who have been identified as having traffic-related problems in their areas.

Programs like ENDUI Oklahoma and the Drive Sober or Get Pulled Over campaign work to address the growing severity of the impaired driving problem in Oklahoma.

“We want to make sure everyone has the chance to enjoy Labor Day and the end of the summer safely. We want everyone to have a good time, but it’s important to celebrate responsibly,” said Harris.

With the ever growing popularity of rideshare apps like Uber and Lyft, there really is no excuse to drive under the influence.

“If you’re going to the bars or to the lake, make sure you plan how you’ll get home before you start drinking,” said Harris.

“If you’re camping, get all of your supplies before you start drinking to make sure nobody has to go back to the store. If you’re going out on the town, have your rideshare app handy so that you can get home safely.”

Each year, the Drive Sober or Get Pulled Over campaign brings law enforcement across the state together to help end impaired driving. The 2018 holiday ‘Drive Sober’ campaign resulted in more than 600 DUI arrests state-wide and close to 30,000 hours worked by law enforcement.

“It takes everyone to help us ENDUI in Oklahoma. Make sure you aren’t driving impaired, but also help your friends and family by volunteering to be the designated driver now and then,” said Harris.

Results from the 2019 Labor Day campaign will be available in mid-October. Each year, the ‘Drive Sober’ campaigns take place around the winter holiday season, and during the Labor Day holiday.

In addition to the high-visibility patrols, numerous ENDUI sobriety checkpoints will be conducted around the state between Aug. 14 and Sept. 2. For information on those efforts, for checkpoint advisories from ENDUI Oklahoma on Facebook and at the OHSO Newsroom, located at http://ohso.ok.gov/newsroom.