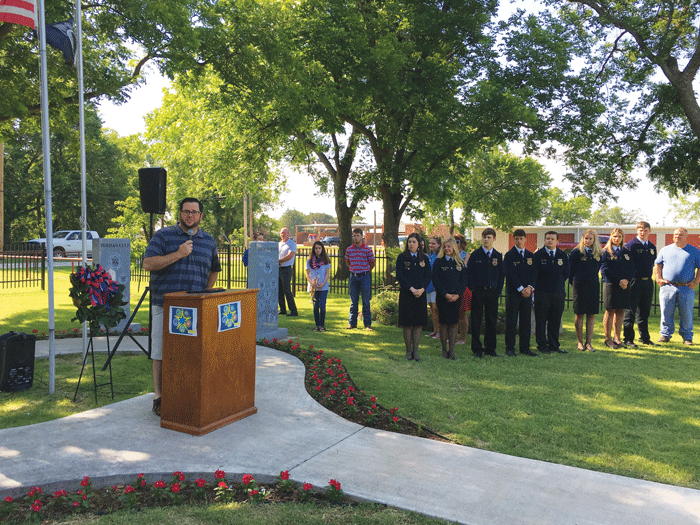 Communities in Jefferson County observed Memorial Day on Monday of this week.

Adam Brinson of the Waurika Methodist Church spoke at the Memorial Service in Waurika.

At the service in Waurika’s new School Superintendent conducted the memorial service and recognized veterans present at the ceremony.

Simmons also read a list of those service members who had passed on during the preceding twelve months.