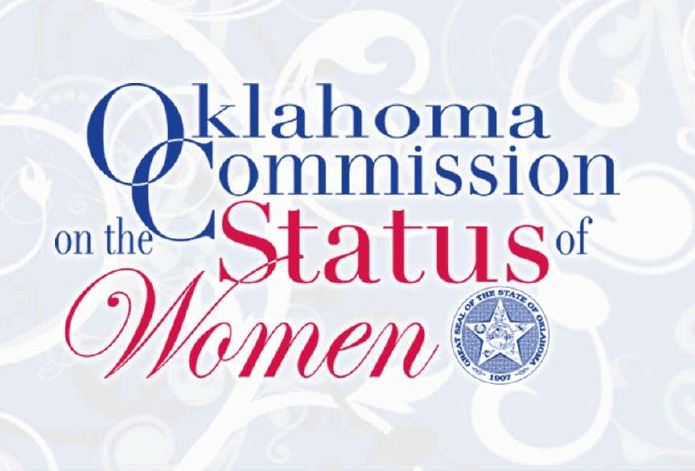 OKLAHOMA CITY (April 16, 2018) – The Oklahoma Commission on the Status of Women (OCSW) is seeking nominations for 2018 inductees to the Oklahoma Women’s Hall of Fame. The deadline to nominate an individual is June 1, 2018. The event will be held later this fall.

“There are many outstanding Oklahoma women who are improving the lives of other women, families and children and deserve to be recognized for their efforts,” said Linda Haneborg, chair of the 2018 Oklahoma Women’s Hall of Fame who serves as a commissioner for OCSW and was inducted into the Oklahoma Women’s Hall of Fame in 2013. “It is important to honor these women in a permanent manner to inspire and encourage today’s young women and girls to pursue their dreams through today’s role models.”

To be eligible for the Oklahoma Women’s Hall of Fame, nominees must live in Oklahoma or be a former resident of Oklahoma. As a guide for choosing a woman to nominate, consider the following questions:

Current commissioners of the OCSW are not eligible.

Haneborg added, “The significant impact Oklahoma women have made due to their remarkable actions has transformed many lives. These actions have earned the right to be recognized in the Hall of Fame and be included in Oklahoma history record books.” The 2018 inductees will add to the current 115 women who have been inducted into the Oklahoma Women’s Hall of Fame since 1983, after being established in 1982 by then Gov. George Nigh.

Nomination forms may be obtained by contacting OCSW at ocswadmin@omes.ok.gov or 405-401-6970. The nomination form and list of former honorees are available at www.ok.gov/ocsw.

The nomination form and supporting materials must be postmarked no later than June 1, 2018, and mailed to:

Oklahoma Commission on the Status of Women

The Oklahoma Women’s Hall of Fame is one of several events sponsored by OCSW to support its mission to improve the quality of life for women, children and families in Oklahoma.

About the Oklahoma Commission on the Status of Women:

The Oklahoma Commission on the Status of Women is a non-partisan state commission that serves as the voice for women in Oklahoma. It strengthens and empowers women in Oklahoma by informing and educating the Legislature and Executive branches about issues to improve opportunities and quality of life for women. In addition to the Oklahoma Women’s Hall of Fame, OCSW conducts Community Conversations on issues impacting Oklahoma women and families, hosts the Guardian Award presented to an elected official who has contributed to guarding and preserving the rights of women and families, and the Kate Barnard Award to honor outstanding women in public service. OCSW is a proud member of Girl Scouts of America as Honorary Troop 1912 to help girls thrive in Oklahoma. Visit OCSW at www.ok.gov/ocsw/.