Home News The evolution of a young artist 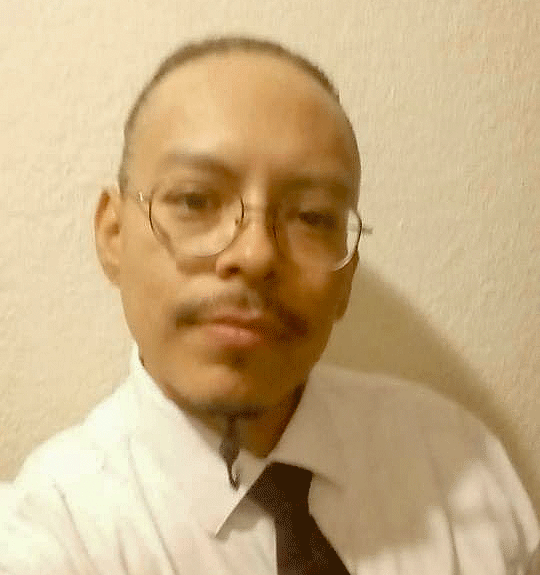 When Native American artist Damon Neal of Texas begins a project, he always is reminded of his own roots.

“I am a full-blood Native American Indian. I derive my subjects from nature, my dreams and my visions, a “spiritual journey” through my faith and my culture – a personal release from the everyday world.”

Neal, a native of Plano, Texas, a Dallas suburb, is a member of the Jicarilla (hick-uh-ree-ya) Apache tribe, but says he also has the Cherokee, Wichita, Caddo and Delaware tribes in his bloodline.

At the Chickasaw Nation’s 2017 Artesian Arts Festival in Sulphur, Oklahoma, his first time to attend, his two-dimensional pen and ink category drawing “The Journey” was awarded second place.

A lifelong sketcher, Neal first attended the Griner Middle School Arts Academy then moved on to the Booker T. Washington High School for the Performing and Visual Arts, both in Dallas. In those schools, he learned basic drawing, painting, sculpture, jewelry and print making and figure drawing.

“I was so fortunate to attend Griner and Washington,” Neal said. “Instead of athletics at Washington, everyone worked on singing, dancing, playing instruments or drawing, painting and sculpting. It was a real blessing and an awesome experience.”

“I would describe my artwork as being suburban Native American surrealism,” he said. “I am a Christian, and I also follow the traditions of my Apache tribe. Both are very inspirational to my artwork.”

Neal said he likes to take his sketch pad to public places. He said this always draws a curious group who ask questions and provide suggestions. People’s comments lead to some good ideas, he said.

Nearly all of Neal’s artworks have been judged first, second or third place since the first drawing he entered in competition at age 13.

He has had winning entries in many competitions, including the Texas State Fair, where he contended with thousands of entries, and at the Koshare Indian Museum in La Junta, Colorado.

Neal often speaks to students where he shares his work. In addition he creates charcoal, chalk or pastel works on a large sketch pad before the congregation at his church as his pastor preaches.

“Rather than use music or drama, he wanted another way to visualize his messages,” Neal said. “He thought creating an artwork live while he preached would be just what he was looking for.”\

“I concentrate on what I’m creating and don’t always hear the sermon, but the pastor’s and my subjects always turn out to be the same,” he said. “I also don’t always finish my drawings, but that, to me, is symbolic. It means there is still work to be done, we always have spiritual work yet to be done.”

Neal’s artwork can be viewed in booth 98 at the Chickasaw Nation’s Artesian Arts Festival in Sulphur Saturday, May 26. He will also be available at a reception for the artists at the Artesian Hotel in downtown Sulphur Friday evening, May 25.

“One of our professors once told us, ‘Love what you do, do what you love, and always – always – do more than what people expect,’” Neil said. “It’s stuck with me, and it’s a good driver.”