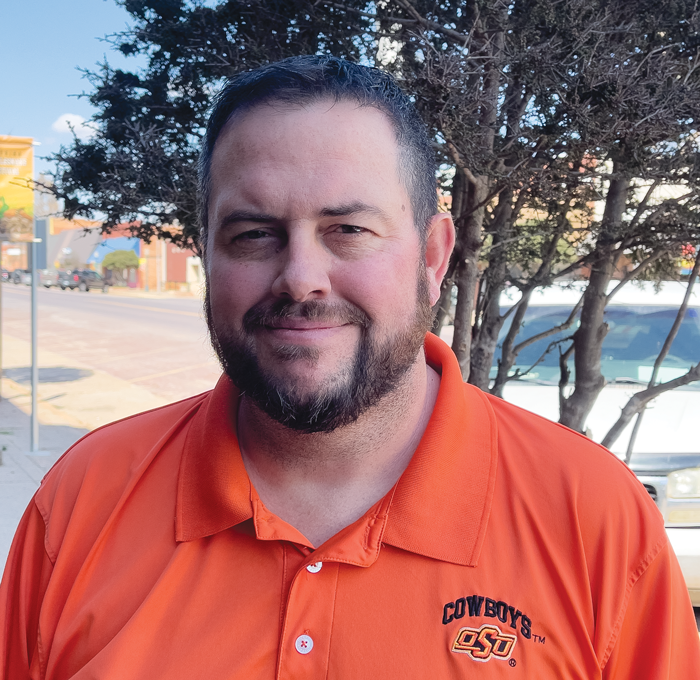 Adam Brinson took office in April of 2019. Monday was his last official meeting as a commissioner.

When he started one of his goals was to keep from raising water rates. During the last three years the commission has only raised water rates one time and that was to keep up with the rate of inflation.

Since 2019 the citizens of Waurika passed a bond issue which allowed the Fire Department to purchase much needed  safety equipment along with a ladder truck which  will allow fire fighters to effectively access the roof tops of burning houses. Thankfully, their hasn’t been any house fires since the purchase of the truck.  If a house fire does occur the department has the equipment they need to put it out quickly and safely.

Brinson says commissioners have worked hard to set aside enough money to survive emergencies.  The accepted accounting goal is to have enough unrestricted cash to survive three years without any positive revenue. The city is well on its way to meet that goal. In the past there were times when the city had a hard time keeping its head above water.

He said some have asked him about the purchase of new police and city vehicles.  He said the units purchased met state requirements and are safe. He also says the previous vehicles were costing more in repairs than they were worth, thus not being cost effective. For example, police vehicles are more expensive because of the required equipment which does not come standard.

The hiring of Kyote Dunn has been good for Waurika. Brinson says the commissioners interviewed many qualified candidates and thoughtfully considered each one before selecting Dunn. He says he has been impressed with Dunn’s diligence and professionalism.

Also, he says it has been encouraging to see how people have come together to improve Waurika.

A group of citizens wanted to use the Presbyterian church more often including the ministerial alliance. The problem was the lack of air conditioning. Thankfully an anonymous donations contributed to install the new units making it usable year around. Citizens can expect to see more functions take place in the beautiful Waurika landmark.

New parks and landscaping has been incredible. Craig Williams and his crew along with countless volunteers have done a tremendous job making Waurika look incredible. There are still more improvements to come as far as parks and recreation are concerned.

Waurika does not have a city council it has a city commission. Commissioners are not allowed to direct day to day operations. They don’t act individually, they act as one body. Brinson said he has learned much about city government while on the commission.  The members along with citizens must all work together. He says citizens are encouraged to participate in public hearings and weekly meetings. If a citizen wants they can asked to be put on the agenda for the regular meeting or they can speak up during “citizen input” during any meeting. Those who attend meetings faithfully understand why and how decisions are made for the good of the community. No decisions are made without careful consideration.

Brinson is only leaving because of time restraints. He is now the pastor of two churches, here and in Ryan.

Brinson says it has been an honor to serve with the other commissioners. They have a great working relationship and each one is dedicated to doing what is right for Waurika.